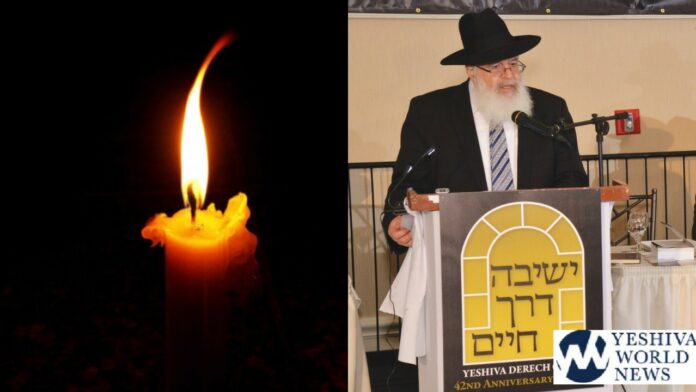 YWN regrets to inform you of the Petira of Hagaon HaRav Yisroel Yechezkel Plutchok ZATZAL, the Rosh Yeshiva of Yeshiva Derech Chaim in Boro Park.

As YWN reported earlier, Rav Plutchok was in critical condition from COVID-19 and was Niftar on Thursday afternoon.

Together with his brother in law, HaRav Mordechai Rennert Zt”l, Rav Yisroel Plutchok founded Yeshivas Derech Chaim in 1974 with eight students. Both of them were Talmidim of Hagaon HaRav Chaim Pinchos Scheinberg ZATZAL. The Yeshiva – located at 16th Avenue and 39th Street – grew into a major Makom Torah and now has thousands of alumni.

He leaves behind a large Mishpacha of Talmidei Chachomim and Marbitzei Torah.

[In Milan: Father Of 4, Well-Known Member Of Jewish Kehilla, Dies Of The Coronavirus]