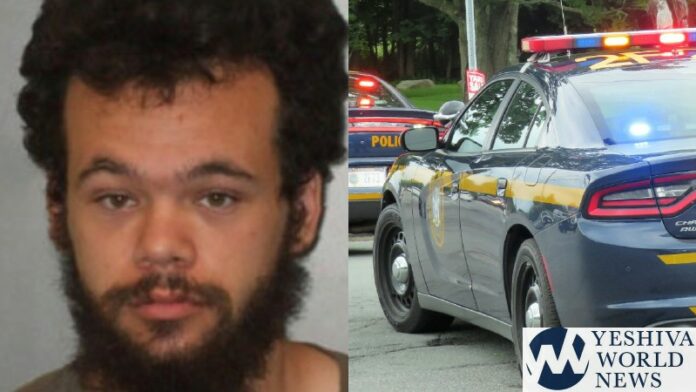 The NY State Police have arrested a Town of Monroe man after he allegedly exposed himself and inappropriately touched women in the Village of Kiryas Joel.

Christopher Lyons, 21, was arrested at around 10 p.m. on Sunday, July 18 following an investigation.

Troopers spoke with a husband and wife who told them that a man, later identified as Lyons, grabbed the woman as he walked by and then exposed himself.

There were several reports that he exposed himself and performed a lewd act in the village.

He was charged with forcible touching and public lewdness, both misdemeanors, and held in the Orange County Jail pending arraignment.

Anyone who feels they were a victim of Lyons is asked to call the State Police Bureau of Criminal Investigation at 845-782-8311.