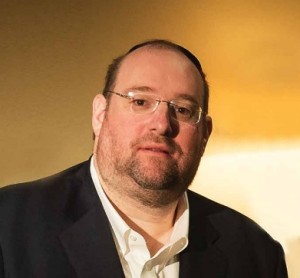 Firstly, I’d like to thank those of you who took out the time to read the article. It is my fervent hope, that IY’H this will serve as an impetus to the change we so desperately need.

As this issue at hand is at the forefront of Klal Yisrael’s collective mind, I am extremely encouraged by the 1000 + responses that were received via email and forums for public comments. This assured me, without any doubt, that everyone would like to be of help in some way (even if it was just with another idea).

As I haven’t had the time as of yet to read each and every one of the responses,there are two observations that I feel I need to share.

1. I received at least three emails from “older” girls, who were very hurt, (and rightfully so) that I mentioned the harrowing statistics that face single girls over the age of twenty five. I can only imagine that some of those girls were not aware of the percentages, and some of the girls who did know, preferred for obvious reasons not to be reminded. I’m now sure that quite a few Shabbosim were ruined due to my lack of sensitivity.

This was not a complete oversight, but I should have probably discussed it with someone that has a lot more experience than I do. I thought about it long and hard before including those statistics. I assumed that while most girls would prefer it not be that blatant, they would understand that I was trying to convey this unprecedented catastrophe in the strongest possible terms, evoking the strongest reaction from the reader, thereby ultimately solving the real dilemma. All parents cringe (and some even cry) as they watch a pediatrician administer a vaccine injection into their baby who is shrieking, looking to their Mother for “help”. Obviously the parent realizes that this pain is temporary and will hopefully fend off a more severe, lengthy and painful illness.

It was exactly for this reason that I offered the $10,000 incentive in the immediate subsequent paragraph. I projected that this proposal would cost me a few million dollars (hopefully more), but I hoped that the girls would understand that we were going to do everything in our power, and IY’H be successful in substantially changing those statistics.

In addition, I decided yesterday that I would put together and fund a group of three Shadchanim whose sole focus would be to find Shidduchim for girls over the age of twenty four. (I plan on this group being ready within 60 days), however thinking back, I should have shown more sensitivity, or perhaps written it in softer words, and for that I ask any girl who was offended, to try to find it in their heart to be Mochel me.

With that I’d like to rephrase my words from the original article. “With the help of Askanim and the Roshei Yeshiva, all girls over the age of twenty five will IY’H find their Bashert in the near future”.

2. There were several comments that placed the blame of the “Shidduch Crisis” on the Roshei Yeshiva. While I can understand how such a misconception can arise, I can personally attest to the inaccuracy of those beliefs and assertions.

Firstly, the main reason I am focusing on this issue, is due to the constant requests and pleas that I receive from the Roshei Yeshiva. When meeting with Roshei Yeshiva and this issue comes up, you can literally see the anguish on their faces.

The problem is that there is absolutely no Rosh Hayeshiva today, who has close to the power, to persuade his Bochurim to diverge from the norm. Until most Yeshivos implement a new system, any single Rosh Hayeshiva, as a Yachid, who tries to persuade his Bochurim to make such a rash change, while other Yeshivas maintain the status quo, will be written off as ” not with the program” and has a good chance of losing his Bochurim with nothing accomplished. I don’t even believe that there are any three or four Roshei Yeshiva who can collaborate, attempt to implement a new plan, and be successful. Any new ideas, systems or changes, would have to be undertaken by a large percentage of Yeshivos to be successful. It is for this reason that the Roshei Yeshiva are tirelessly working together with the Askanim to develop a cohesive group of Yeshivos to act quickly and develop a program that solves the crisis without compromising the high quality of today’s Bochurim. I’m confident that IY’H, we will be successful.