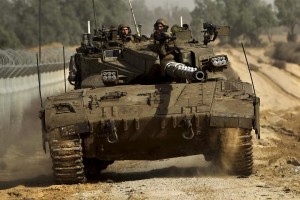 A temporary Israel-Hamas truce was hold holding for a second day Tuesday as marathon, indirect negotiations on a lasting cease-fire and a long-term solution for Gaza were set to resume in Cairo.

A similar, three-day truce collapsed on Friday when terrorists resumed rocket fire on Israel after the sides were unable to make any headway in the Egypt-hosted talks. Hamas is seeking an end to an Israeli-Egyptian border blockade of the Gaza Strip while Israel wants Hamas to disarm.

The Israeli military said no incidents between the two sides were registered overnight – neither Hamas rocket fire at Israel nor Israeli strikes in Gaza.