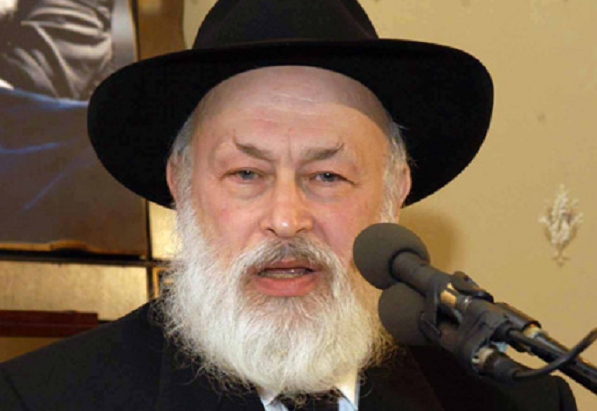 Rabbi Elazar said: One who becomes compassionate to the cruel will ultimately become cruel to the compassionate. (Midrash Tanhuma, Parshat Mezora, 1)

Reb Mendel Futerfas, a legendary Lubavitch Chasid (1906-1995), was imprisoned for 14 years, and exiled to Siberian gulags because he ran clandestine cheders (religious schools for young Jewish children) in Russia. After 18 years, he was finally released* and allowed to reunite with his family in London.

Reb Mendel was a treasure trove of insightful stories, and I was especially fond of him. I am reminded of a story that he shared with me after he came to the United States: During one of his many incarcerations, he was thrown into a room where a group of thugs were playing cards. They greeted him with smiles and told him that they are playing for a prize: the winner will receive a pair of leather boots. Reb Mendel looked around but didn’t see any boots in the room. “We are playing for your boots,” they informed him.

As a state that has been forced to exist on constant high alert without any reprieve during its 67 years, Israel knows the danger its enemies present. It has learned through hard experience to anticipate and prevent threats that lurk at every border and beyond. Better positioned than anyone else in the region—certainly better than those on other continents—to discern danger to itself, Israel knows well which threats may be ignored and which must be taken seriously.

It also understands that when others dismiss the explicitly stated intentions of a state as ruthless and treacherous as Iran, they do so at their own peril. One doesn’t need to be a seer to know that Israel is the prize in the game of cards that Iran is playing. Understandably then, Israel should be part of any deliberations with other democratic nations negotiating a deal that concerns Iran’s destructive capacities.

And yet, like Reb Mendel who was not even a player in a game that was being played for his boots, Israel has had no say in the negotiations over its destiny.

The deal is done, and this should make it hard for anyone, especially those who’ve supported it, to get a good night’s sleep. But that does not absolve us from speaking out against it, from raising awareness and alarm bells to the dangers it augurs. On this matter, Israelis—who have more diverse opinions than they have people—are united, a rare and telling fact about the danger and vulnerability otherwise hardy Israelis feel in the face of this deal.

As a matter of policy, Chabad is apolitical. The Iran deal is not a political issue. It is a threat to life, a matter of pikuach nefesh and when life is at stake, and in this case I am convinced that it is, we have no right be silent; we are morally, ethically and halakhically obligated to do everything within our power to prevent danger to our people, even if that means taking a position that is politically or socially inexpedient.

Iran has made it clear that Israel is its primary target, but it has been just as emphatic in insisting that it is not its only one; thus, none of us, Jewish or not, can afford to bury our heads in the sand wishing the impending evil will go away.

One of the refrains we hear from candidates on the stump seeking the support of American people, concerns the kind of world we will leave to our children and grandchildren. It behooves us then, to ask our elected officials who have pledged “to make this world a better place for our children,” whether a deal that promises Iran an arsenal of nuclear weapons within at best, 10 or 15 years, not to mention other destructive weaponry that the deal grants them much sooner, will deliver on that promise.

We need to speak out wherever we will be heard. We need to act in the interests of peace and stability in this world that we inhabit. We need to remind those in a position to change the course of events, that reasoning with evil is not a path to peace. We need to pull our weight and invest our energy for the sake of humanity, if not for civilization as we know it.

Rabbi Yehuda Krinsky is the chairman of the Chabad-Lubavitch educational and social services arms.

Reprinted with permission from www.lubavitch.com