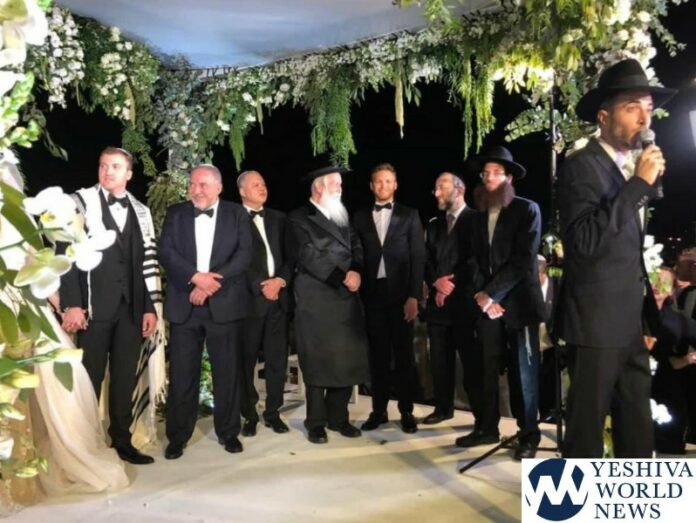 The Mesader Kiddushin at the Chuppah was the Chief Rabbi of Migdal Ha’Emek Rabbi Yitzchak Dovid Grossman. The Eidei Kiddushin were two Avreichim who are both Chareidi. Politicians from Yisrael Beiteinu as well as others were not invited to the wedding.

A Gabbai for Rabbi Grossman, Yossi Roash, issued a statement to the Israeli press that said:

YWN had previously reported about some controversy regarding reports in the Israeli press that HaRav Baruch Dov Diskin, Rosh Yeshiva of Orchot Torah in Bnei Brak, had refused to be Misader Kiddushin.