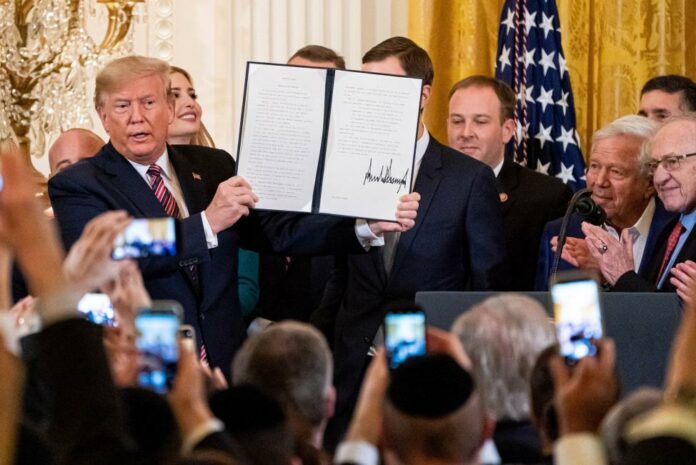 A Jewish-Israeli student at Columbia University has filed “the first legal action since [President] Trump’s Executive Order that asserts a university is in violation of Title VI for discrimination against Jews,” his lawyer told Fox News on Tuesday.

In the complaint, Jonathan Karten, a senior at Columbia University, alleges he was subjected to anti-Semitism on campus. It was filed last Tuesday, about one week after President Trump signed an executive order targeting anti-Semitism on college campuses.

The order broadens the federal government’s definition of anti-Semitism to include the International Holocaust Remembrance Alliance’s definition, which can include criticism of Israel, and instructed it to be used in enforcing laws against discrimination on college campuses under Title VI.

Under the order, the Department of Education could withhold funding from schools that it finds in violation of Title VI.