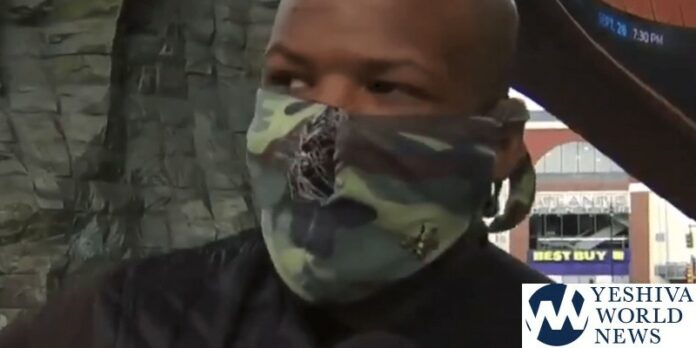 A man identifying himself as “Ace Burns” delivered an ominous threat to Orthodox Jewish New Yorkers Saturday during a live interview on Fox News, warning that protesters could set fire to Manhattan’s storied Diamond District if New York leaders don’t meet their demands.

“Today, I’m leading a demonstration from Barclay’s Center at 6 p.m. to City Hall, and that’s the first stop — and we’re hoping [Mayor] De Blasio and [Gov.] Cuomo come out and talk to us and give the youth some direction,” he told Fox News reporter Jacqui Heinrich.

“But if they don’t, then [the] next stop is the Diamond District,” he said, referring to a block on Manhattan’s 47th Street known for jewelry shops. “And gasoline, thanks to Trump, is awfully cheap. So we’re giving them a chance right now to do the right thing.”