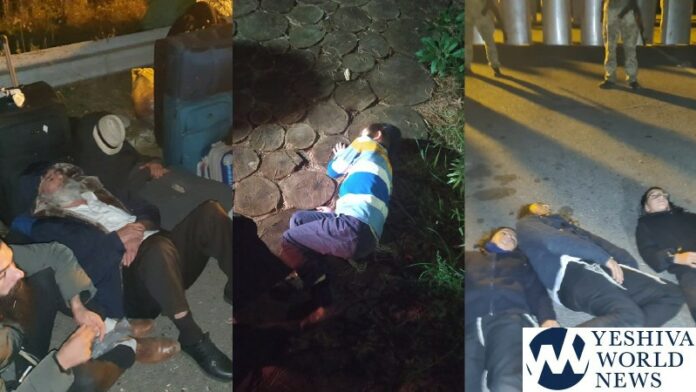 Ongoing discussions with Ukraine to allow thousands of Breslover chassidim waiting by the Belarus-Ukraine border to enter the country ended in failure on Tuesday and efforts are now being made to assist those stuck at the border or in no man’s land between Belarus and Ukraine. A Kan News report on Tuesday afternoon said that Belarusian President Alexander Lukashenko has issued instructions to assist those at the border.

Interior Minister Aryeh Deri, who has been involved in trying to assist the chassidim made a last-ditch effort, and sent a letter to Ukrainian President Volodymyr Zelensky on Tuesday, requesting that he allow the chassidim, who have been waiting at the border for two weeks in difficult conditions, into Ukraine for humanitarian reasons.

About 2,500 Breslover chassidim have been waiting at the Belarusian-Ukrainian border near the city of Gomel, with about 1,000 stuck in no-man’s land between the border of Belarus and Ukraine after they received a mistaken message that Ukraine had given permission for them to enter. They left Belarus and attempted to cross the border into Ukraine but were refused entry and were then refused entry back into Belarus.

There are reportedly also chassidim waiting by the border in Brest, Pinsk and Radin, and some in Minsk.

The scene is one of total chaos with thousands of chassidim, including many young children stuck outdoors without even the most basic amenities, with little or no food supplies or even drinks. Videos and pictures of the scene show small children and adults sleeping on the hard street. Some of them gathered branches and lit fires prior to going to sleep.

Most arrived at the border on Monday morning and passed the day with singing and dancing – as border police prevented the group from crossing into Ukraine. As the day passed most ran out of food, and the crisis grew.

There are many children in the group – some as young as 4 years old – all without food and sleeping on the ground, shivering in the cold.

The Red Cross arrived at the border late Monday night and brought the group food, hot drinks and blankets. 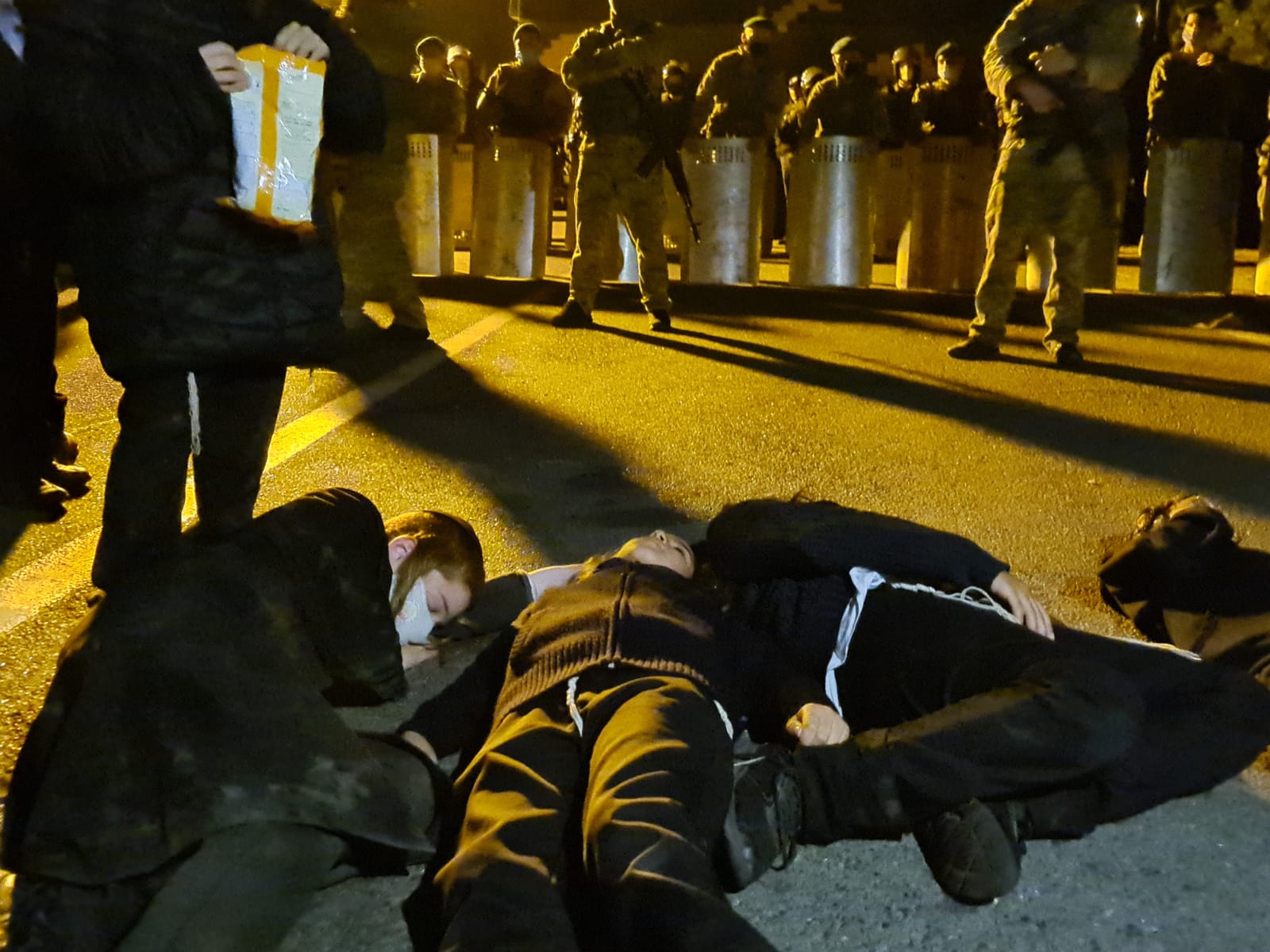 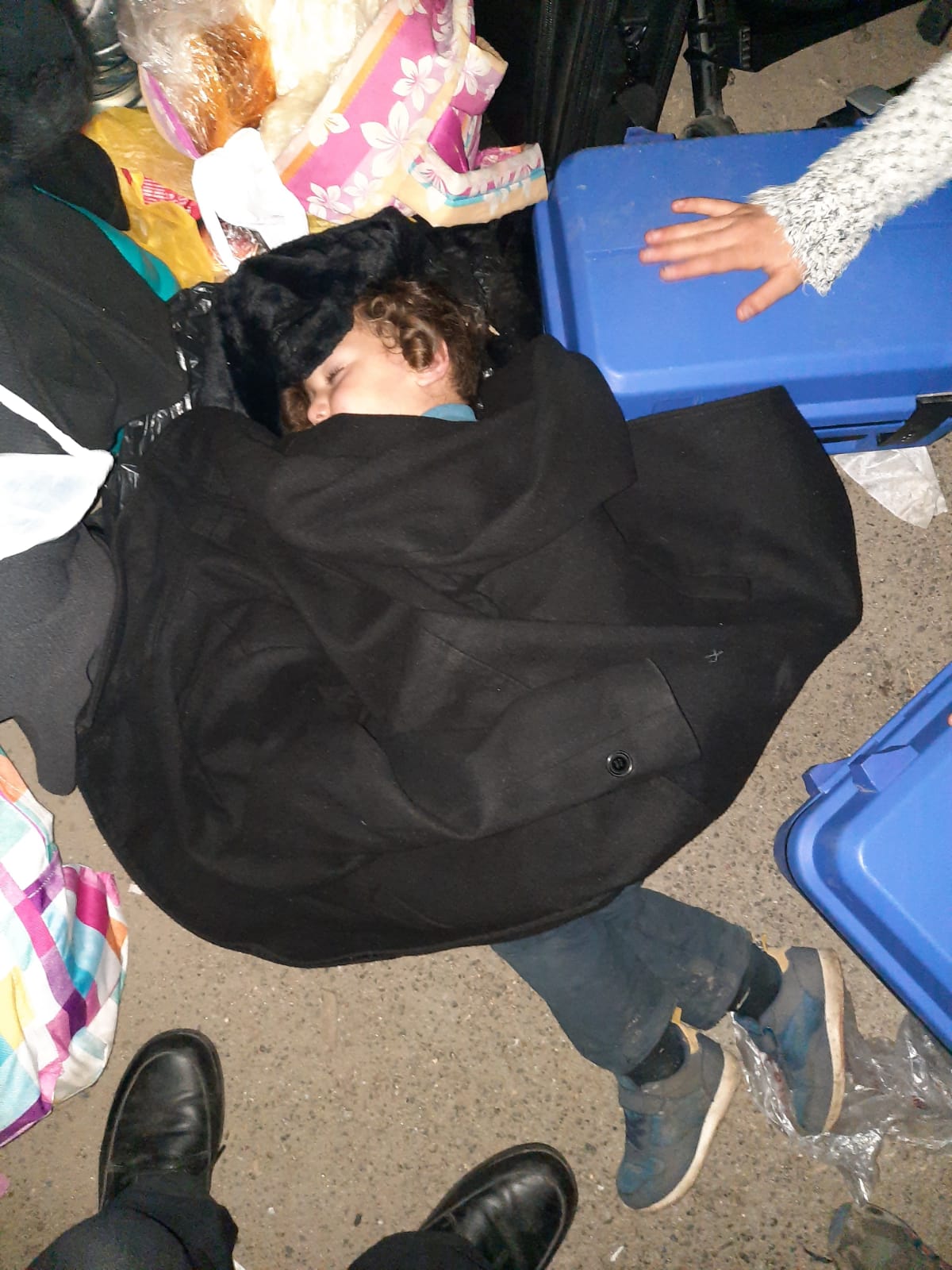 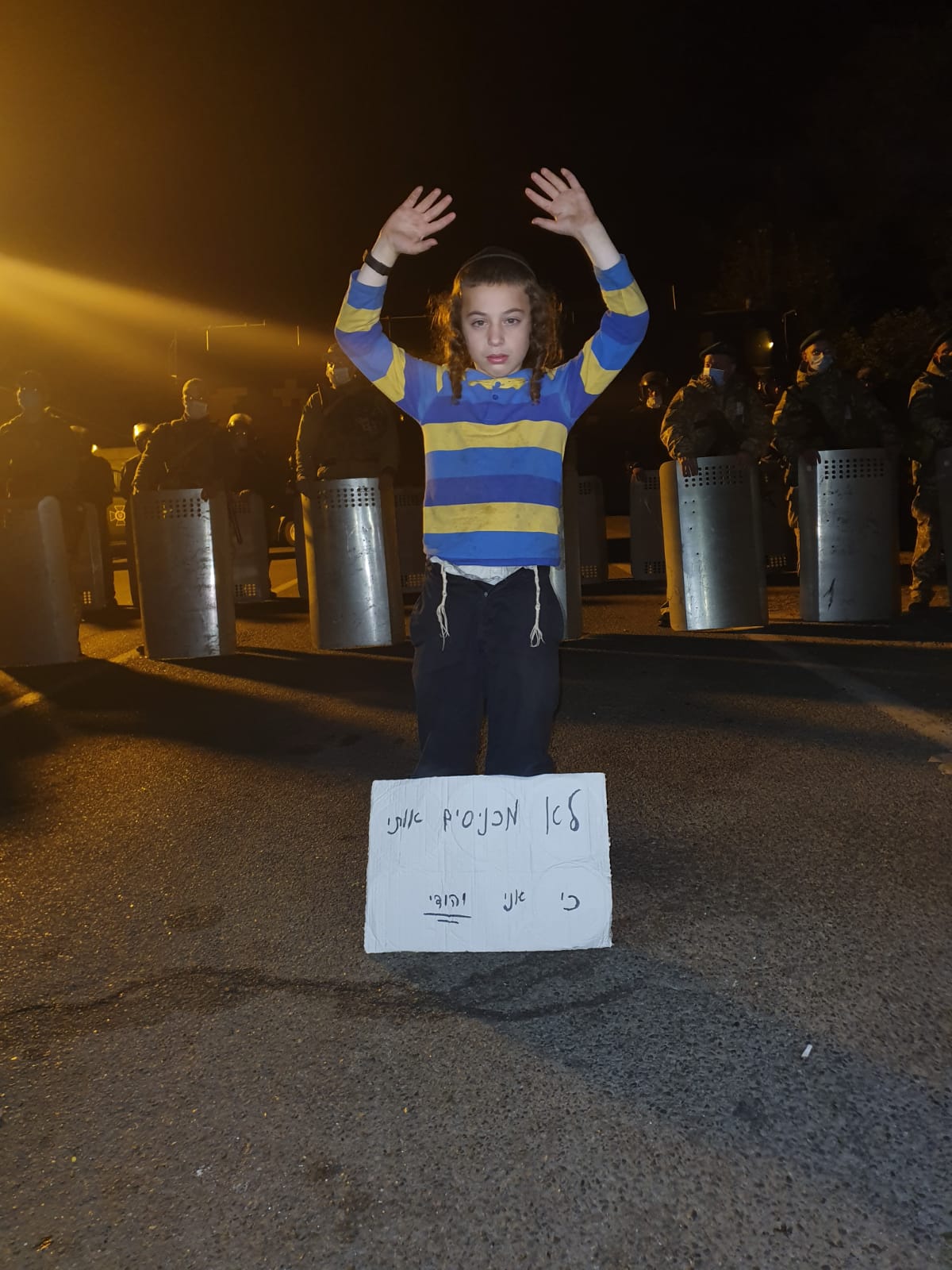 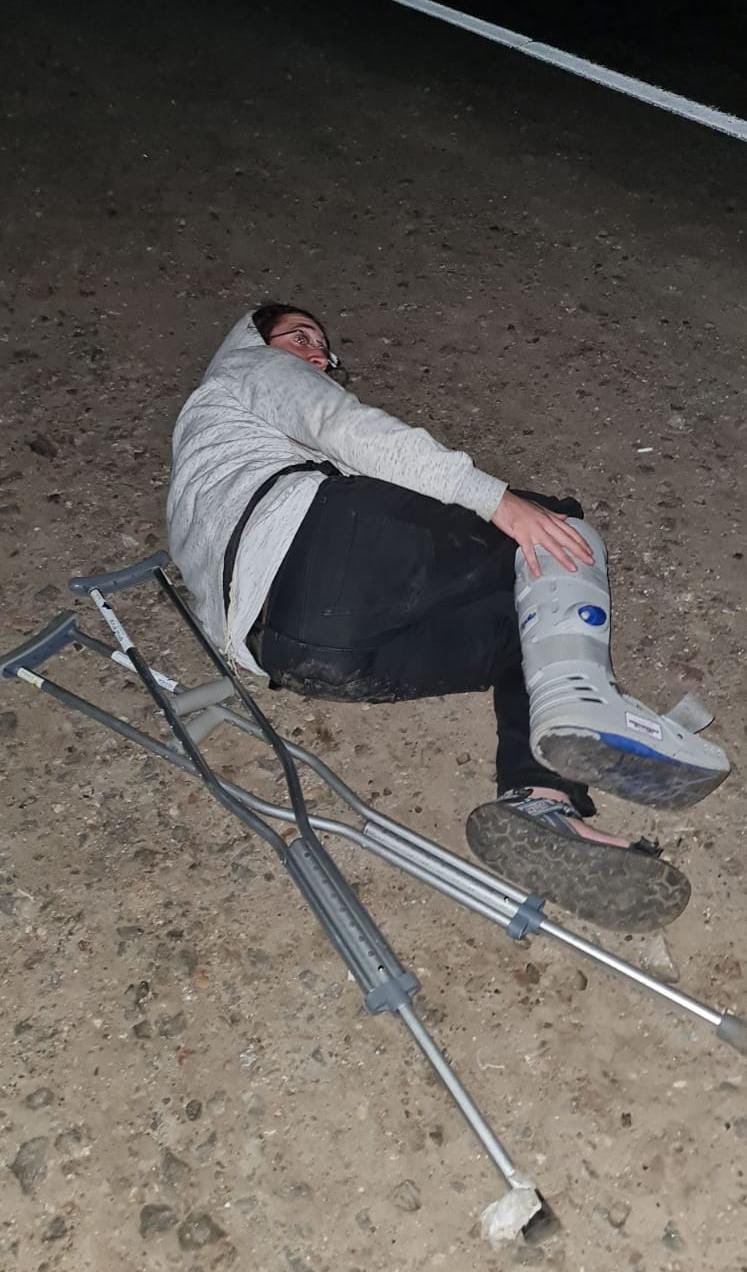 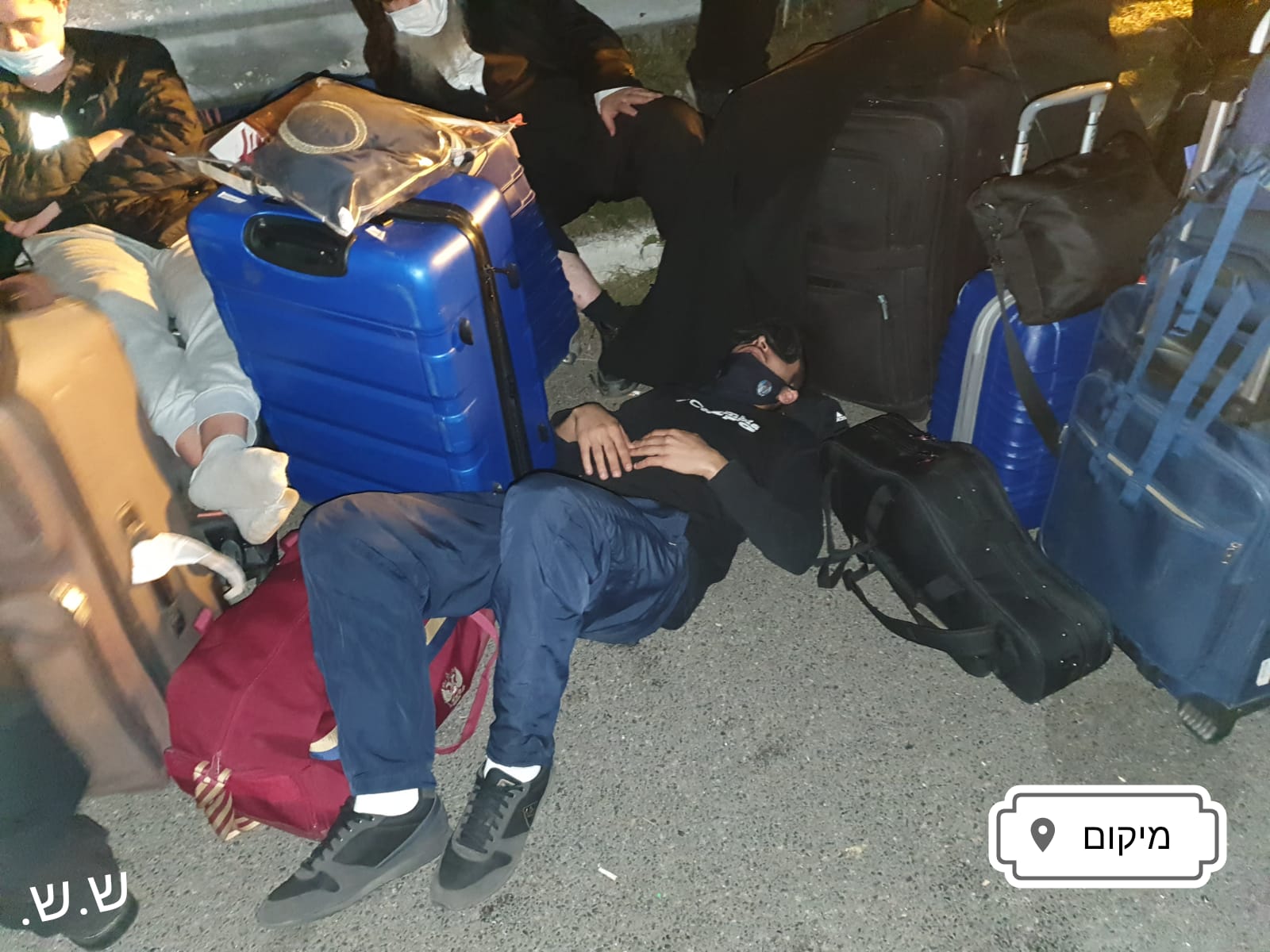 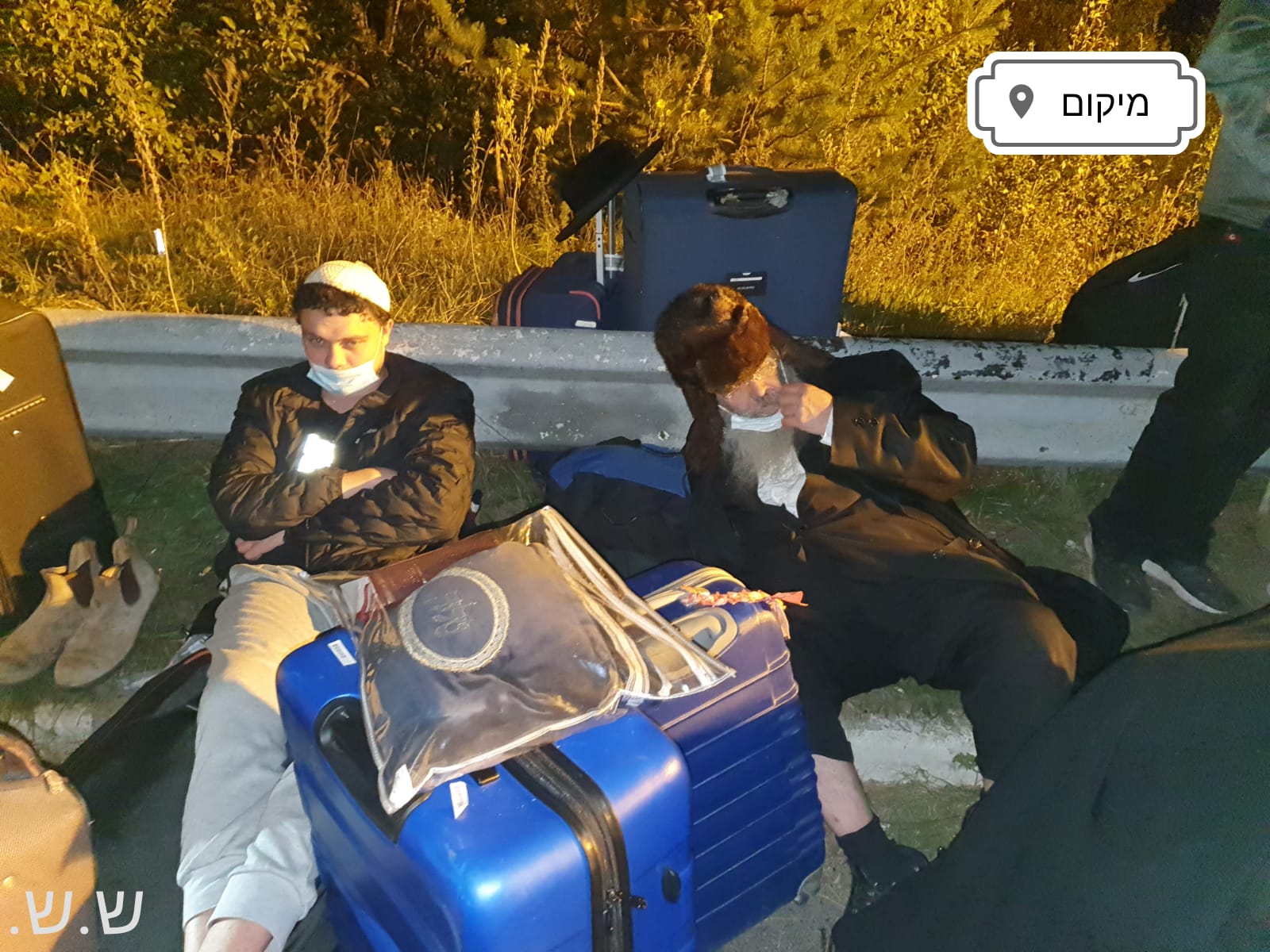 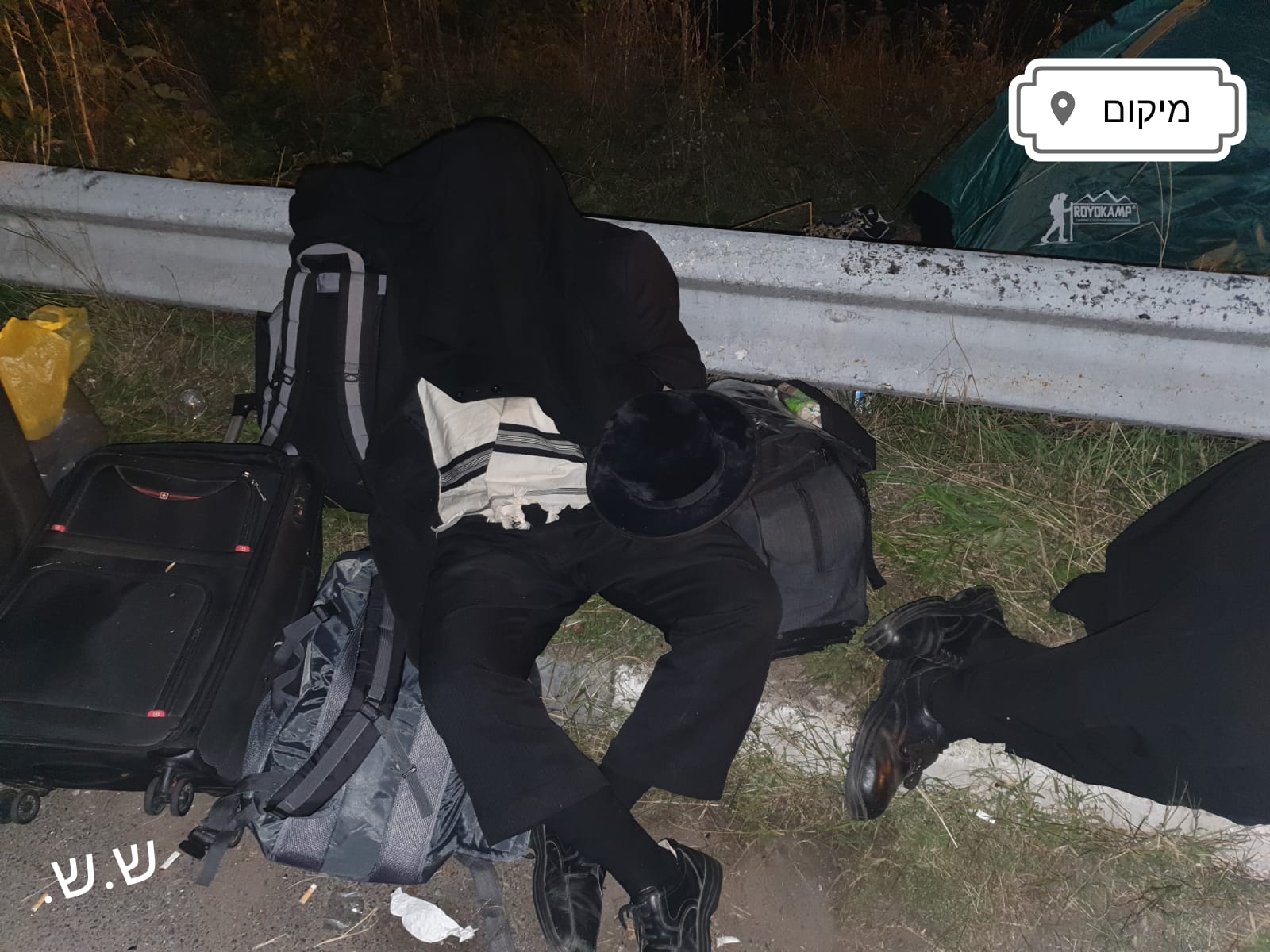 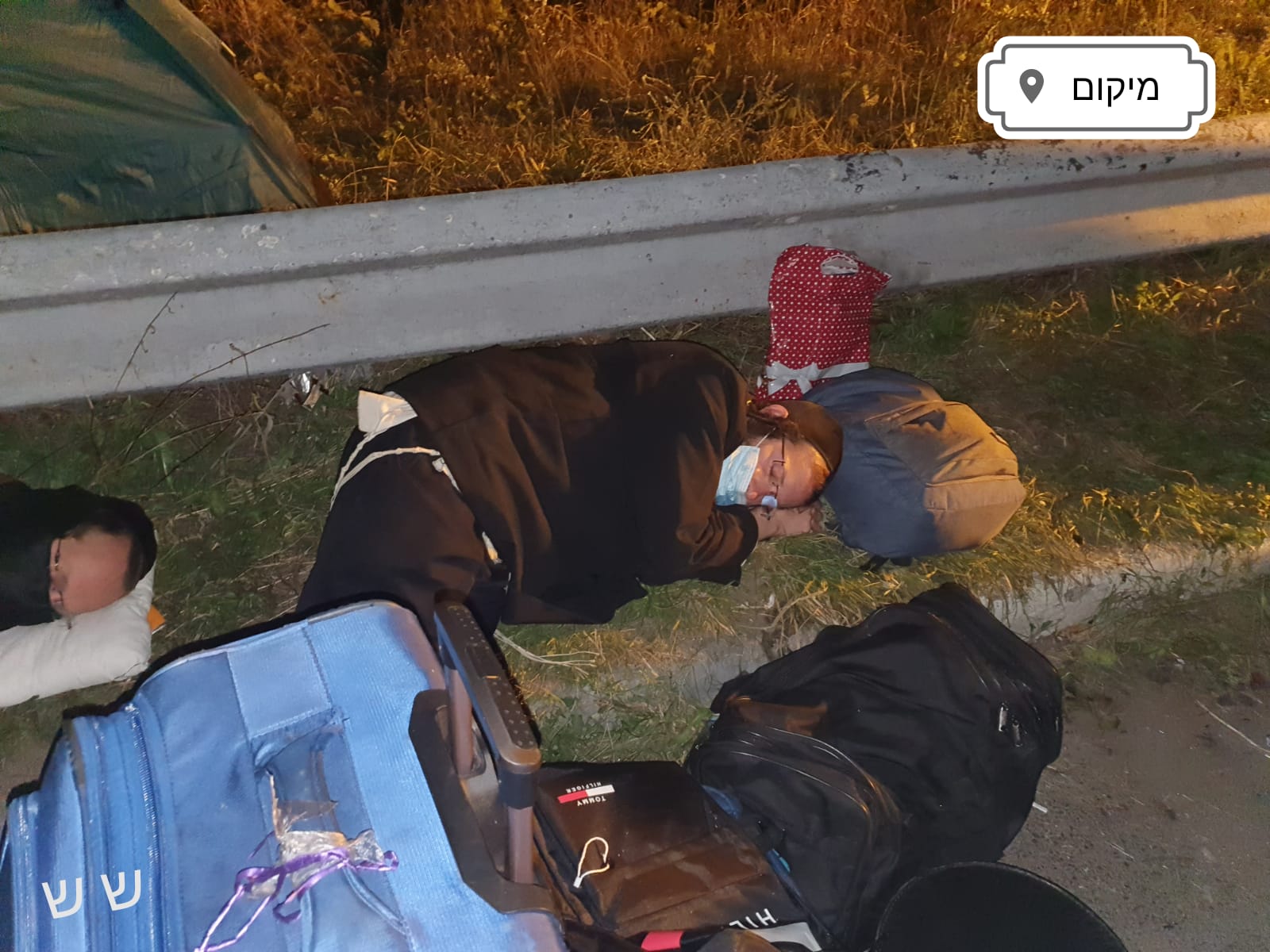 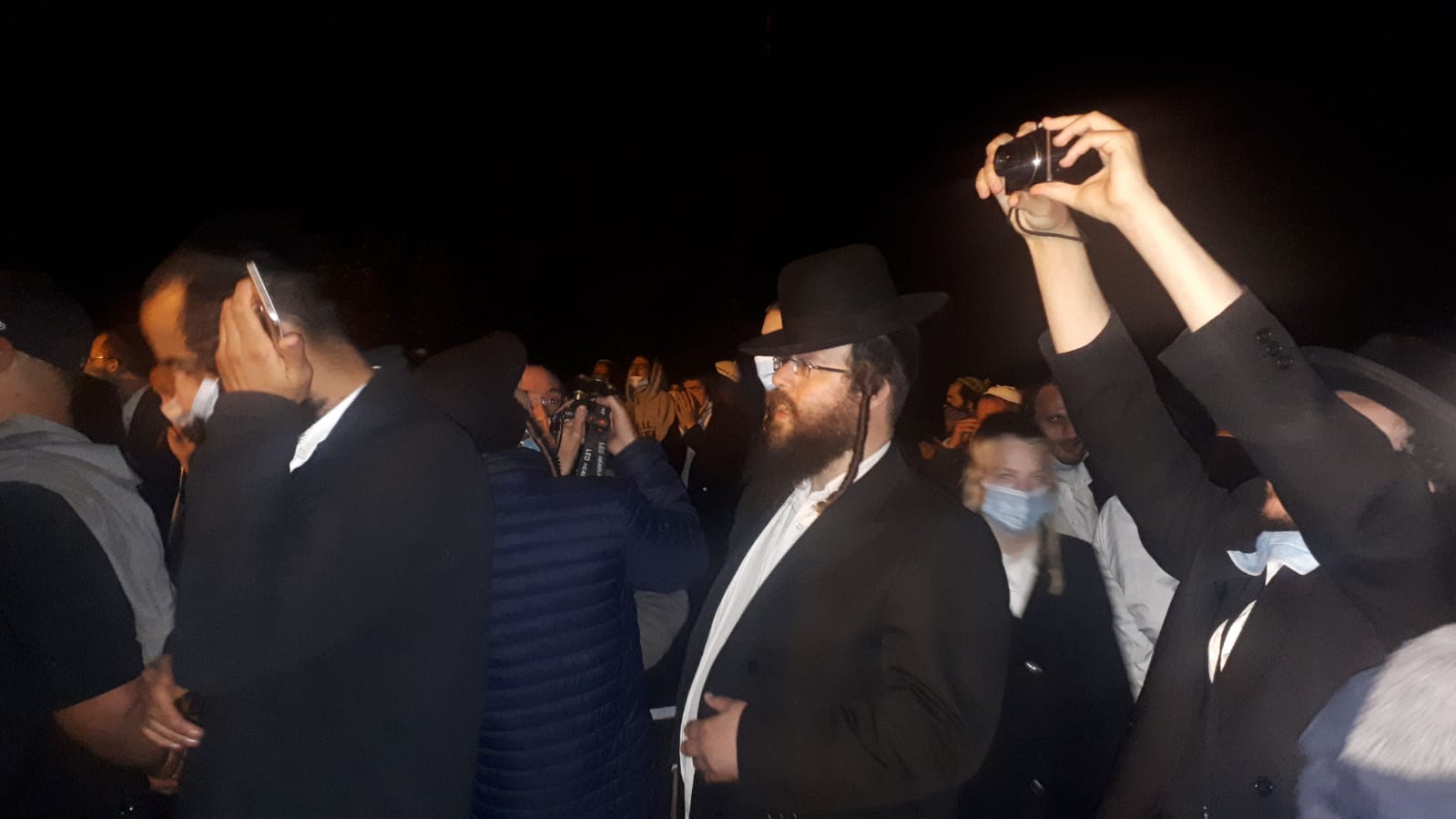 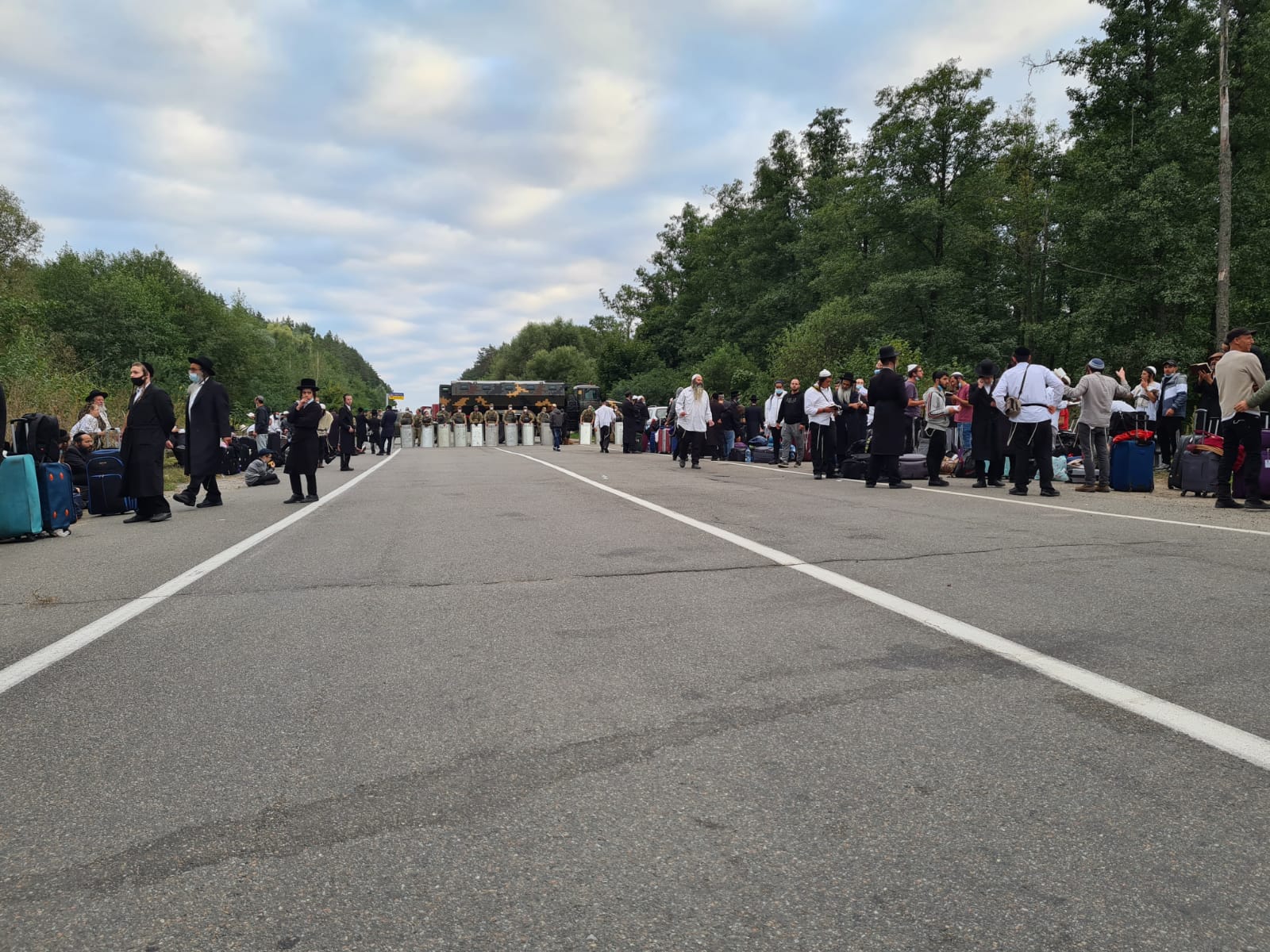 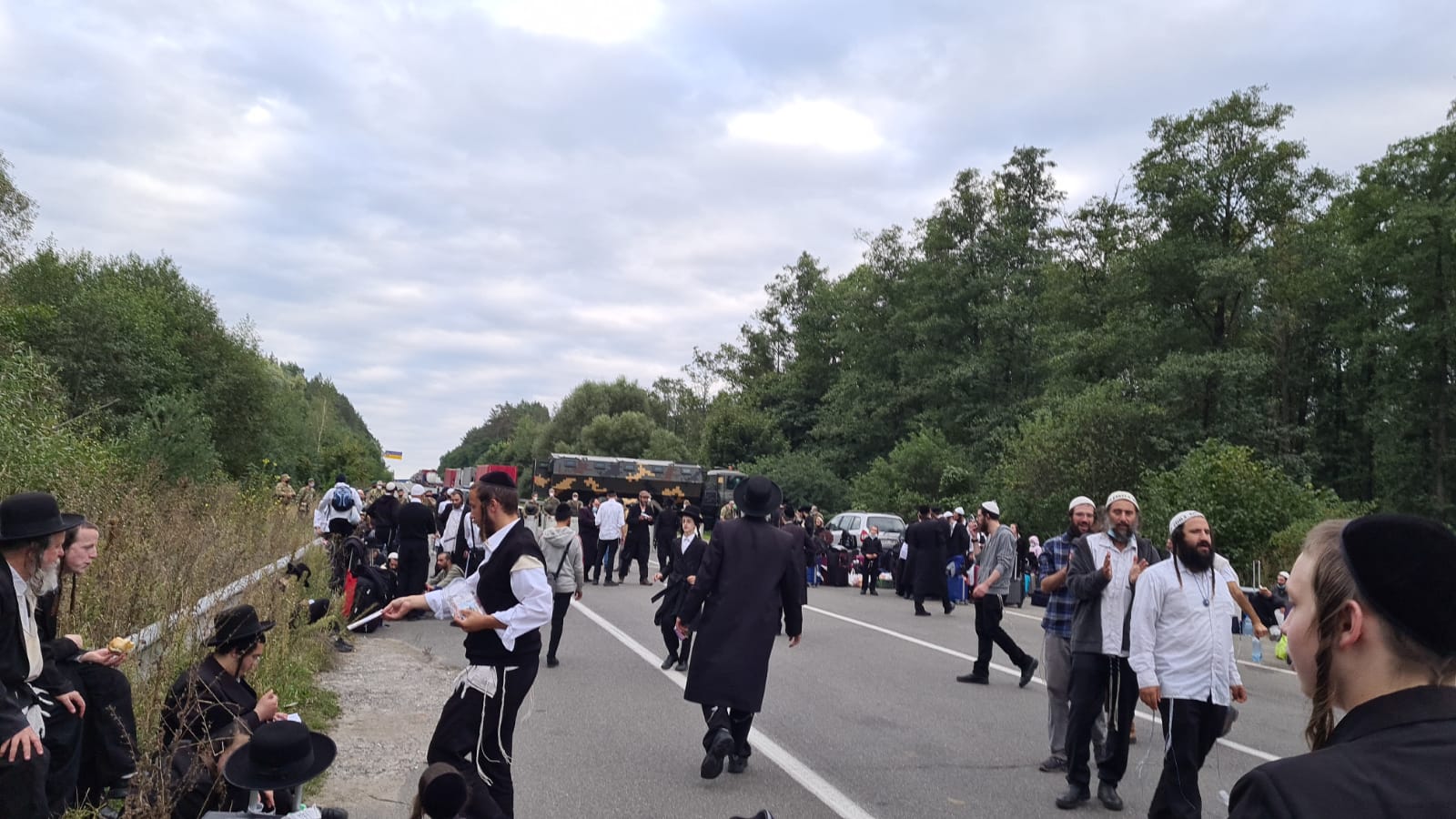 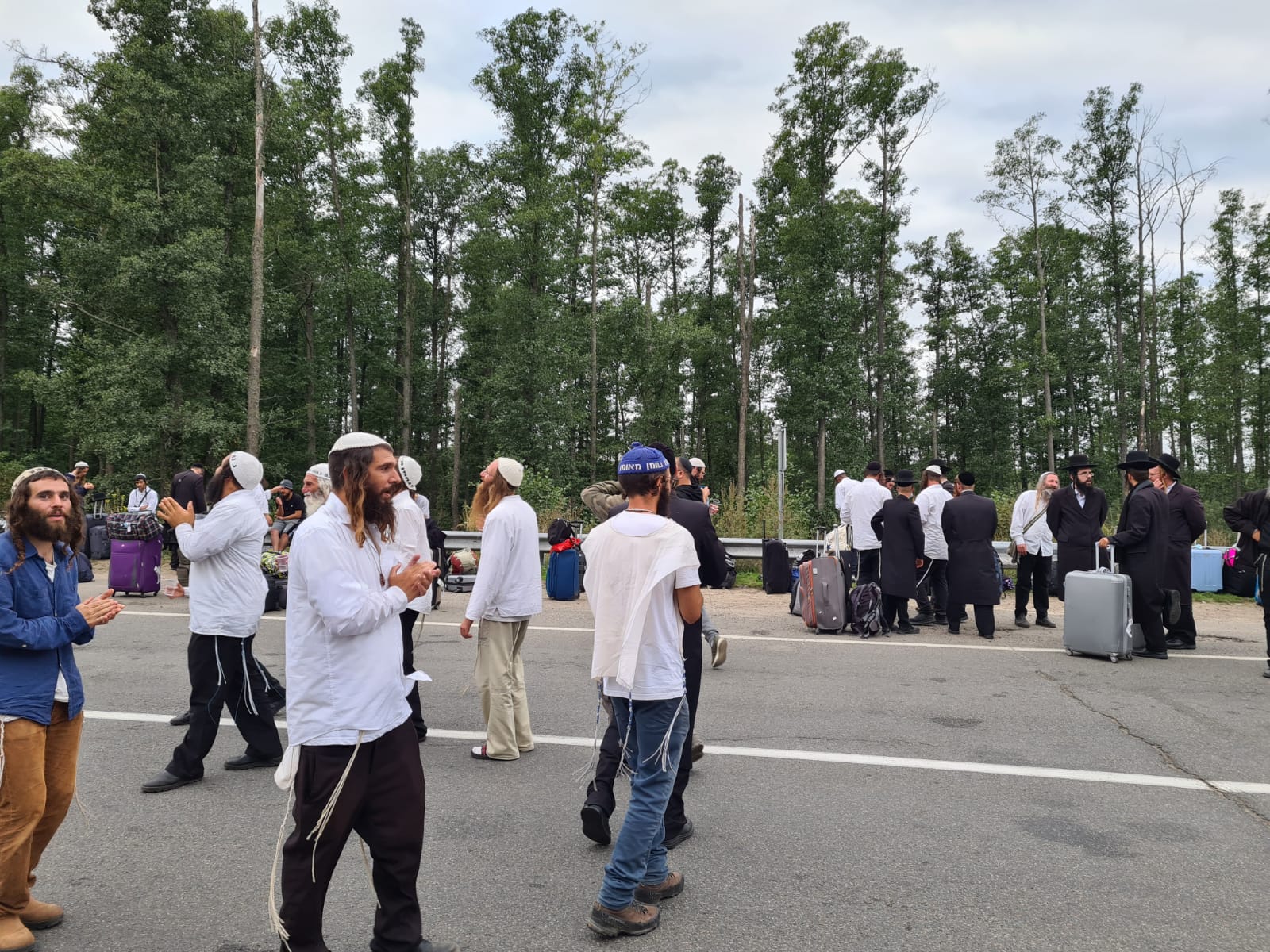 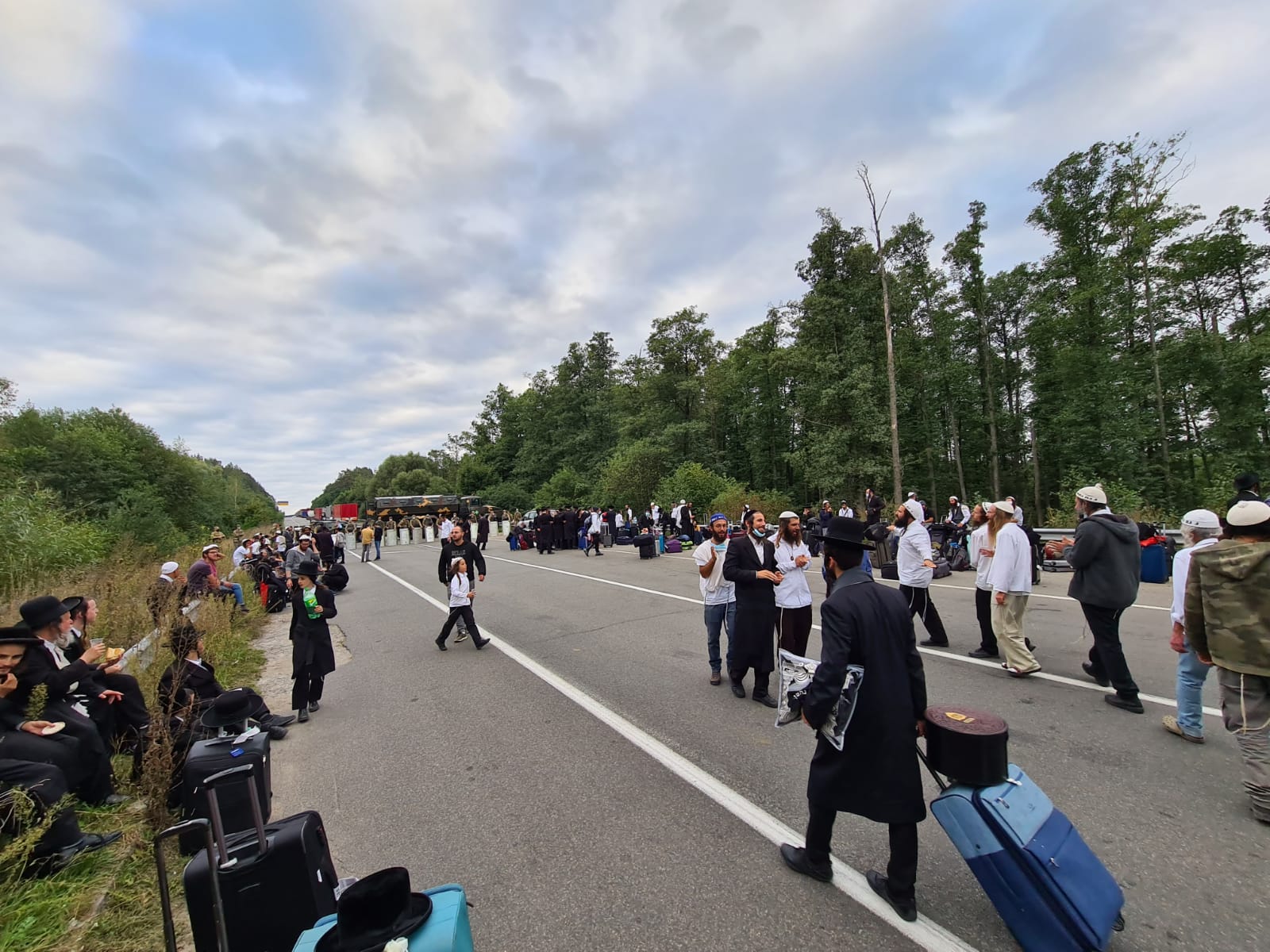