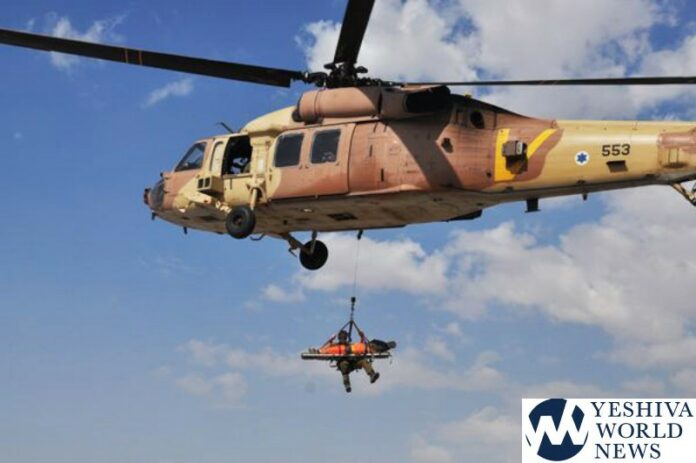 Volunteers from the Megillot Search and Rescue Unit rescued a Chareidi hiker who fell while hiking in the Dragot Stream in the Judean Dessert on Sunday. The man fell from a cliff and once he was reached and stabilized by the Search and Rescue Unit volunteers, he was airlifted by an IDF 669 Unit helicopter to the hospital.

Miraculously, he only suffered light injuries.

The young man was identified as being a 26-year-old man who suffered an injury to his head and back when he fell. He was airlifted to Sheba Hospital in Tel HaShomer for treatment.

The Megillot Unit was assisted by the Search and Rescue Unit from Ein Gedi as well as staff from the National Parks and Nature Authority. They treated the young man for his injuries at the scene and carried him up the stream to a point wide enough where the helicopter could hover and evacuate the young injured man.