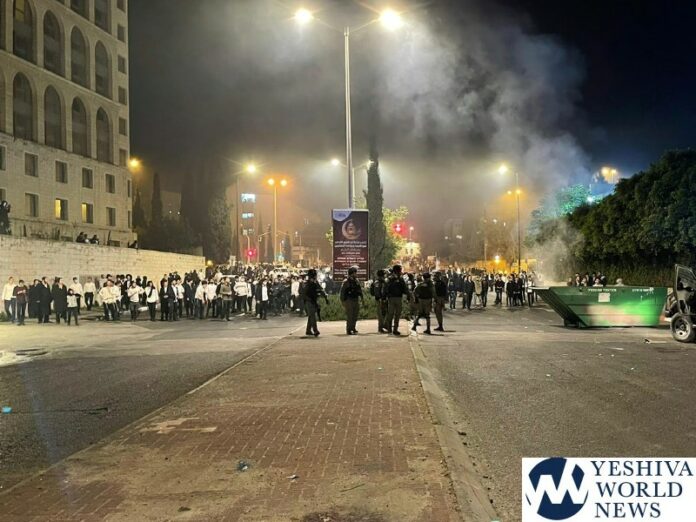 As YWN published earlier, a massive police presence was at Sha’ar Shechem on Thursday night, and police went on high alert fearing a night of violence. As was anticipated, violent clashes erupted. Dozens of people were injured as Palestinian protesters confronted hundreds of Israelis who marched to the scene.

Police, trying to keep the groups apart, also clashed with the Palestinians, who threw rocks and bottles at the officers.

Officers used riot dispersal means including stun grenades, tear gas and water cannons to break up the Arab protestors, the sounds from the explosions rolling across the center of the capital. ​ At least 100 Palestinians were injured, including 21 who were hospitalized, the Palestinian Red Crescent said.

Meanwhile, a far-right Jewish group known as Lahava led a march of hundreds of protesters chanting “Arabs get out!” toward Damascus Gate. The show of force came in response to multiple videos circulated on TikTok showing Palestinians slapping Charieidm at random. Other videos made in response to them appear to show Jews assaulting Arabs.

By late Thursday night, police appeared to have succeeded in keeping the protesters separated.