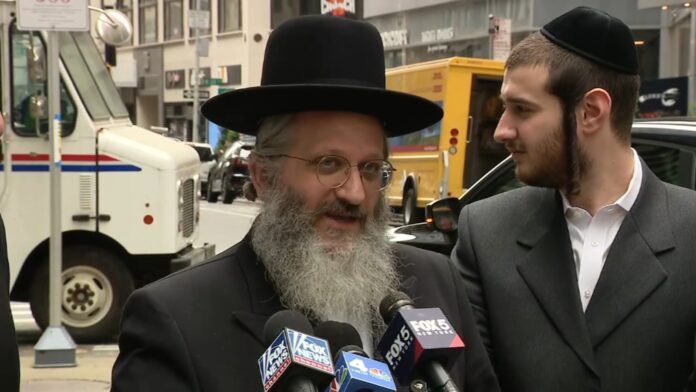 Rabbi Mendy Steiner saya he was the victim of a hate crime in NYC.

He was on his way to work around 10:30 a.m. Friday at his office on 39th Street and 7th Avenue in Manhattan when he says a man on a bicycle verbally assaulted him.

Steiner ran into the nearby Chase Bank for help only for the man on the bike to follow him inside. The rabbi said some of the bank employees rushed to his aid and called 911.

Rabbi Steiner returned to the Garment District on Monday to bring a platter of food to the Chase Bank where he sought refuge Friday. He said he wanted to thank the workers who helped protect him.