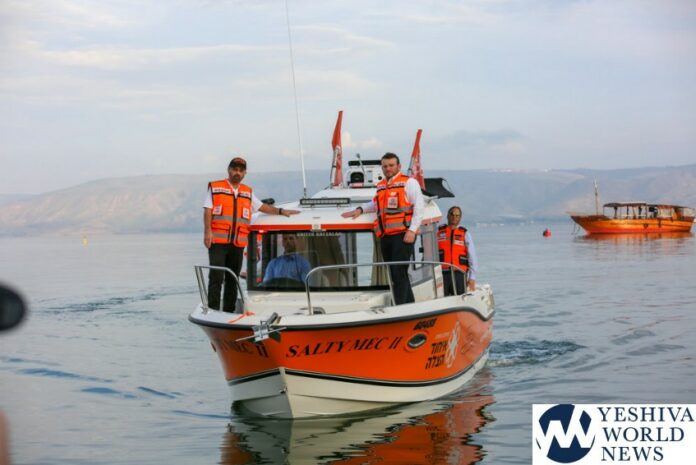 Eliav Amar, a lifeguard who works at the nearby Dugit Beach, spotted the teens in distress and rushed to their rescue on a jetski. After he succeeded at reaching the teens, he returned them to the beach with the help of the jetski. Thanks to Amar’s efforts, the three teens were unharmed during the incident and returned healthy to the shore.

A spokesperson from United Hatzalah’s maritime rescue unit on the Kinneret Aharon Ovadia said regarding the incident, “Every year during the summer, United Hatzalah volunteers respond to hundreds of water-related emergencies during the summer weeks of Bein HaZmanim. As the height of summer vacation begins, with almost all schools and institutions on seasonal break, United Hatzalah issued safety instructions related to water safety.  We urge the public to follow a few simple rules and guidelines, and by doing so, avoid a possible disaster such as being dragged out to the middle of the lake or sea and possibly drowning.”

Below are the instructions issued by United Hatzalah: