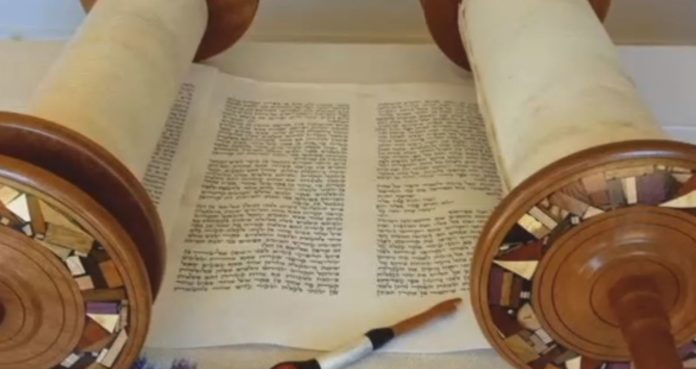 Two Sifrei Torah have gone missing from the Chabad center on the island of Oahu, Hawaii.

On the morning of Sunday, January 21, a member of the local Jewish community entered the Shul and noticed that the yad, the ritual Torah pointer, was outside the ark, according to Rabbi Itchel and Pearl Krasnjansky, longtime directors of Chabad of Hawaii in the city of Honolulu. When the congregant went to put the pointer back in the ark, he saw that the scrolls were missing.

The cost of commissioning a Sofer (scribe) to write a Torah like the ones stolen runs between $40,000 and $50,000, Pearl Krasnjansky tells Chabad.org.

The center is offering a $5,000 reward for the return of the Torahs, and an anonymous donor has offered an additional $5,000.

“We are not interested in revenge or prosecution,” says Krasnjansky. “We just want the Torahs back in our synagogue.” She adds that the missing scrolls have backstories that make the theft particularly painful for the local community.

One of the scrolls dates back to Lithuania in the 1850s; it survived the Holocaust and was donated to the center about a decade ago. The other was commissioned in honor of local resident Daniel Levey, a 19-year-old who fell to his death in 2003 while hiking a trail in Oahu.

“It’s traumatic,” states Krasnjansky. “It feels like, G‑d forbid, a death in the family.”

The thief or thieves did not appear to have disturbed or taken anything else in the sanctuary, according to the Chabad emissary. “Whoever did it,” she says, “knew what they were doing.”

After learning of the theft, Rabbi Krasnjansky met with Transportation Security Administration officials at Honolulu International Airport to try and recover the Torahs before someone could leave the island and attempt to sell them on the black market. The rabbi also contacted local police and held a press conference. He is also speaking with representatives of his insurance company to find out if the Torahs are covered.

Pearl Krasnjansky and one of her sons drove to the airport to distribute posters describing the missing Torahs. Other members of the community have traveled around the island searching for the Torahs and asking people for any leads.

In the meantime, the rabbi flew to the Big Island to pick up a Torah that his center had lent to the Chabad center there so the Oahu center will not be without a scroll. It’s now in the ark where the other two once stood. It is not the first incident the community has faced recently. In the fall, a person or persons spray-painted anti-Semitic words on a sidewalk outside the Chabad center.

On Thursday night, the Krasnjanskys hosted a community gathering “to strengthen each other and ask what can be done on a spiritual level because we are, after all, custodians of the Torahs,” explained the rabbi. “We legally own them, but we are actually just custodians. The fact that this could happen should move us to do some spiritual soul-searching because everything that happens has a spiritual root.”

The rabbi sajd he planned to “talk about what we can each do in our own spiritual journey to strengthen ourselves and our connection to G‑d, which hopefully will provide the spiritual vessels to help whoever took them have a change of heart and bring them back.”