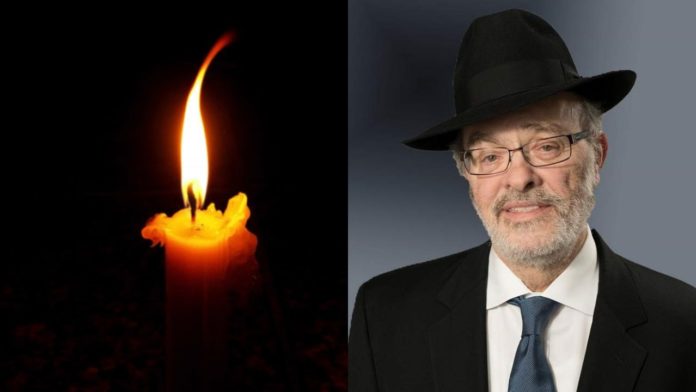 YWN regrets to inform you of the sudden Petira of Reb Menachem Moshe “Mendy” Klein Z”L of Cleveland. He was approximately 65-years-old.

Reb Mendy was a well-known businessman, philanthropist and community leader. It would not be an understatement to say that the entire Cleveland Jewish Community rested on his shoulders.

He was involved in hundreds of causes, funding Kollelim, Yeshivos, and organizations around the globe.

He was supposed to be one of the honorees at the upcoming dinner for Agudath Israel of America.

He sufferred a massive heart attack on Wednesday afternoon and was Niftar minutes later.

The Levaya will be held in Cleveland on Friday at 12:00PM in Yavne High School 2475 South Green Rd in Beachwood, Ohio.

Kevura will be in Eretz Yisroel.

Agudath Israel was looking forward to paying public tribute to this extraordinary individual at its upcoming annual dinner. Instead we will search for ways to perpetuate his remarkable legacy for generations to come.