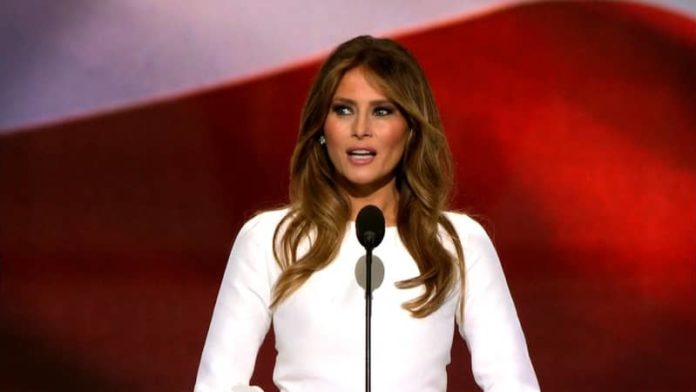 Melania Trump has attended an annual gala benefiting the Washington theater where Abraham Lincoln was assassinated.

The first lady’s office says she delivered remarks at the conclusion of Sunday’s performances thanking Ford’s Theater and the artists. She also congratulated this year’s recipients of the Lincoln Medal. The annual award is given to individuals whose body of work and accomplishments embody the legacy of the 16th president.

Her office didn’t inform news organizations that she had attended until after the event.

President Donald Trump and his wife attended the Ford’s event last year. She participated Sunday without Trump; he’s in Singapore preparing for his meeting Tuesday with North Korea’s leader.