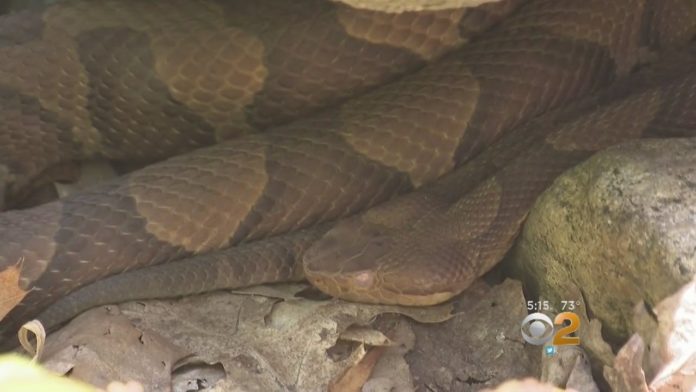 Several venomous rattlesnakes were found in two Rockland County towns over the weekend.

Ramao Police said that the first call came from a home in the Ladentown neighborhood, when a snake was spotted near a resident’s pool. Responding officers said that it apparently “molted prior to lounging in the sun.”

According to police, the second snake was found in the front walkway of a residence in Sloatsburg. Officials said that both snakes were able to be safely relocated and have since been relocated to a “more suitable, less populated area.”

Ray Hartley, of Intrepid Wildlife Services, says it’s important to keep children and pets away from the potentially dangerous and deadly rattlers. He must use special gear whenever relocating a snake to a new location.

Anyone who believes they’re in danger is urged to call police or animal control for help.