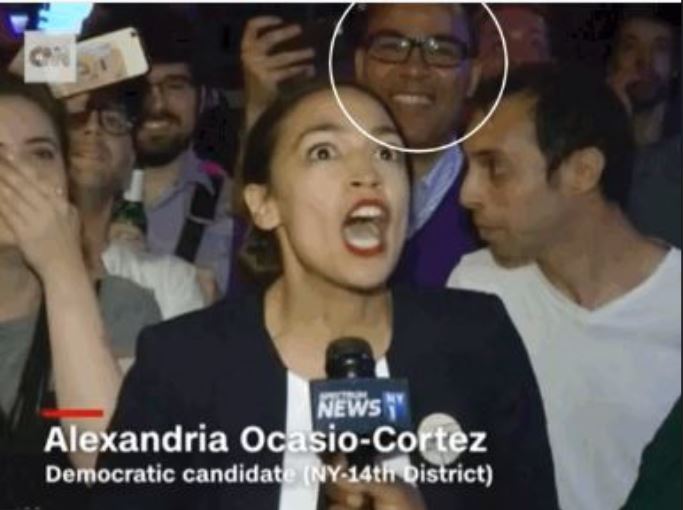 Alexandria Ocasio-Cortez, a 28-year-old political novice running on a low budget and an unabashedly liberal platform, upset longtime U.S. Rep. Joseph Crowley on Tuesday in the Democratic congressional primary in New York. Crowley, 56, was viewed as a possible successor to Rep. Nancy Pelosi as speaker of the House of Representatives should Democrats succeed in winning it in November.

However, Jewish and pro-Israel observers were quick to point out a controversial tweet Ocasio-Cortez had posted just weeks before, in which she called Israel’s killing of violent Palestinian protesters on the Gaza border a “massacre.”

On May 14, the day more than 60 Palestinian protesters were killed on the border with Gaza, she wrote: “This is a massacre. I hope my peers have the moral courage to call it such. No state or entity is absolved of mass shootings of protesters. There is no justification. Palestinian people deserve basic human dignity, as anyone else. Democrats can’t be silent about this anymore.”

She later said in an interview that her Puerto Rican roots helped her relate to the Palestinian protesters.

This is a massacre.

I hope my peers have the moral courage to call it such.

No state or entity is absolved of mass shootings of protesters. There is no justification. Palestinian people deserve basic human dignity, as anyone else.

Democrats can’t be silent about this anymore. https://t.co/wJGATOtDsR

Further concerning Jewish observers, was the prominent appearance of rabid anti-Semite Thomas Lopez-Pierre at Ocasio-Cortez’s campaign headquarters. He is seen standing right behind Ocasio-Cortez, wearing a purple shirt, as she gives her victory speech to the media.

The guy behind Alexandria Ocasio Cortez is Thomas Lopez-Pierre, (circled) he ran for NYC Council last year against a Jewish Councilman, his campaign platform was to defeat the “greedy Jewish landlords.” https://t.co/FJ9EGBWbob

Last year, as a candidate running against NYC Councilman Mark Levine, Lopez-Pierre made defeating “greedy Jewish landlords” his primary campaign issue, as can be seen in a campaign video he released.

Councilman Levine reached out to Ocasio-Cortez on twitter, and she was quick to disassociate and denounce Lopez-Pierre.

Thank you for this opportunity and your graciousness here. No idea who this guy is, hundreds of folks walked into the hall open to the public last night. I absolutely denounce any such bigoted and reprehensible statements.

It does appear Lopez-Pierre is actually a supporter of Ocasio-Cortez and not just a seeking attention, as he was spotted previously sported a campaign t-shirt and distributing flyers. 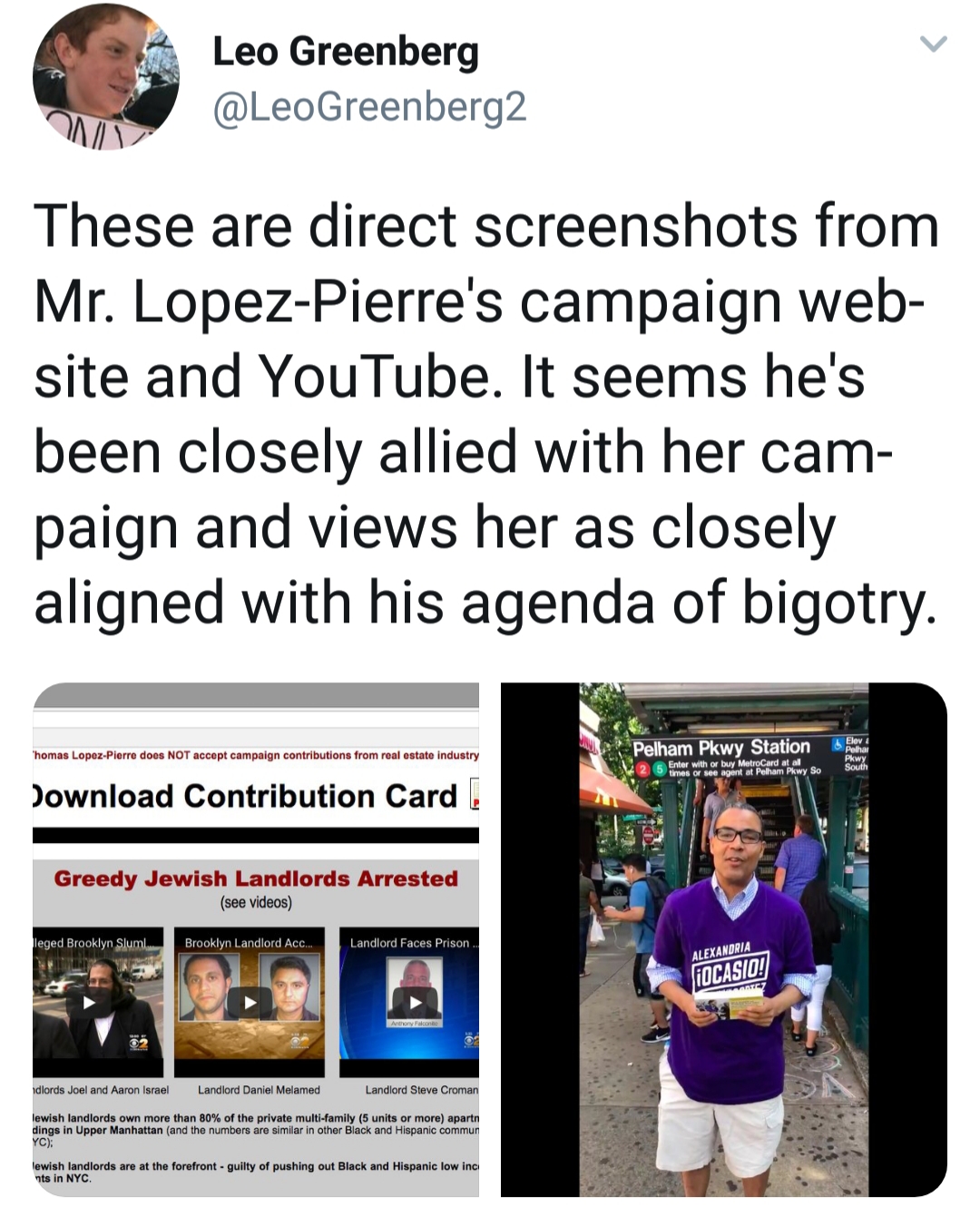 Give @Ocasio2018 credit for quickly and unequivocally denouncing Thomas Lopez-Pierre. it is admirable.