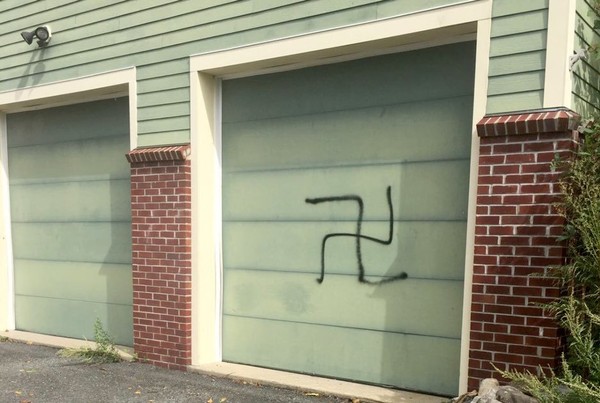 A vandal sprayed anti-Semitic graffiti on the home of a supporter of a New Jersey congressman’s re-election campaign.

Signs saying ‘Josh Gottheimer for Congress’ as well as the supporter’s home in Hampton Township, Sussex County were spray-painted with swastikas, along with pro-Trump and anti-liberal slogans.

Gottheimer is a Democrat and is Jewish.

Both he and his Republican opponent are condemning the vandalism.