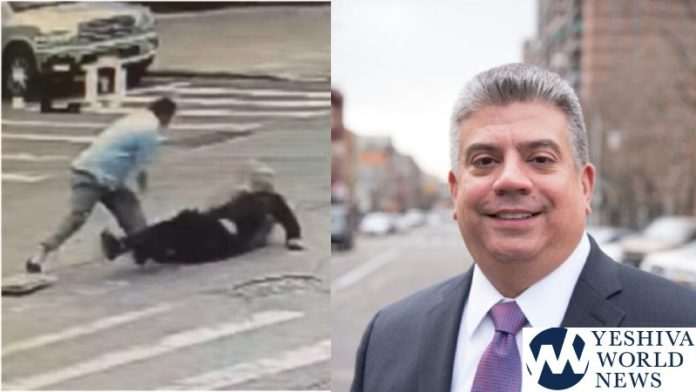 Should I say that we are outraged? The word doesn’t fully describe the feelings the whole community has.

How dare you? Mr. Lipa Schwartz, a 62 year old man was on his way to prayers this Sunday, October 14 when he was viciously beaten for no other reason than the fact that he was Jewish.

The victim testified that the assailant shouted and cursed in Arabic, a language Mr. Schwartz doesn’t understand. And you have the unmitigated audacity to take that lack of comprehension to justify dropping the hate charge? Whom are you kidding?

Why do you think Mr. Schwartz was attacked by an Arab, if not because he is Jewish?

Was it because of the settlements in the West Bank?

If Mr. Schwartz were stabbed or shot, you’d probably cast blame on the victim for being in the wrong place and provoking the assailant.

Your actions give courage to the next anti-Semitic assailant. Your reluctance to pursue the truth will come back to bite you in your posterior.

We are not living in Paris or Sweden or Poland where anti-Semitism is rampant once again. We are living in the United States of America where bigotry and racism is not to be tolerated….unless, so it seems, we have a District Attorney whose priority is the protection of illegal immigrants pouring into NYC rather than protecting the citizen of this city.

We are disappointed and disgusted in your callous and nonchalant manner of dismissing the charges of as a hate crime.

The community, Mr. Gonzalez, is not that stupid.

Your actions will be forcefully and diligently challenged. In addition, we shall remember your bias and disregard when we next cast our votes and throw you out of your position

LOOK: Hasidic Judge Ruchie Freier was responsible for a #Muslim man who viciously beat a Hasidic Jewish man being released on $15,000 bail Farrukh Afzal, 37, has not been charged with a hate crime despite the fact that reports indicate he shouted "Allah", said he wanted to "kill all Jews" and made references to #Israel while beating R' Lipa Schwartz in #BoroPark on Sunday