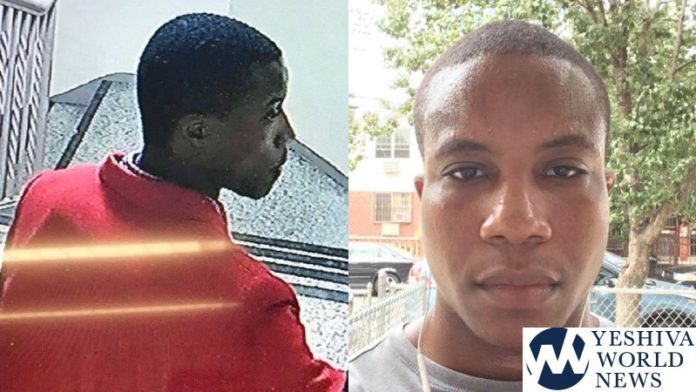 Brooklyn District Attorney Eric Gonzalez today announced that a 26-year-old man has been named in a 30-count indictment in which he is charged with arson and burglary as hate crimes and other related offenses in connection with two separate incidents in which he allegedly set a fire in a closet of a Williamsburg yeshiva and wrote anti-Semitic graffiti on the walls of a Reformed synagogue in Prospect Heights.

District Attorney Gonzalez said, “These alleged bias-motivated crimes are disheartening and undermine the values that we hold dear in our community. In Brooklyn, people of all faiths, cultures, ethnicities, and races should feel safe. The defendant in this case has now been indicted and I intend to hold him accountable.”

The District Attorney identified the defendant as James Polite, 26, of Bedford Stuyvesant, Brooklyn. He was arraigned today before Brooklyn Supreme Court Justice Danny Chun on a 30-count indictment in which he is charged with second-degree arson as a hate crime, third-degree burglary as a hate crime, second-degree criminal mischief as a hate crime and other related offenses. He was ordered held without bail and to return to court on February 6, 2019. The defendant faces up to 25 years in prison if convicted of the top count.

The District Attorney said that, according to the investigation, on November 1, 2018, at approximately 6 p.m., the defendant entered 17 Eastern Parkway in Prospect Heights, which houses the Union Temple of Brooklyn. It is alleged that he wrote anti-Semitic messages and other graffiti, including “End is now”, “Kill all Jews”, “die Jew rats we are here,” “Hitler,” and “Jews better be ready on the walls of several floors in the building.

The following day, at approximately 2:39 a.m., the defendant was observed on surveillance video entering a yeshiva at 35 Hewes Street in Williamsburg and going into a coat room on the first floor of the building, where he allegedly set a fire. The defendant remained in the room for approximately one minute before leaving the location. Within minutes, the area outside of the coat room began to fill with smoke. Prior to the fire, the defendant was captured on surveillance video entering a gas station and obtaining matches.

The defendant was apprehended on November 2, 2018 after witnesses allegedly saw him setting a trash can on fire near 134 Ross Street in Williamsburg and called 911. The officers who responded later recognized the defendant as the suspect captured on surveillance footage at the earlier crime scenes.

Lee x Rodney area @FDNY on scene with multiple garbage fires, all in front of a shul, Neitra, Chareidim, Sharmash, and 555 Bedford, as per witnesses it’s a male with a red hoodie who set it on. FD keeps on getting more locations. pic.twitter.com/33ejPHTgdk

Former New York City Council speaker Christine Quinn said she knows the suspect. He had an internship with Quinn when she was on the council, according to a New York Times profile done last year on Polite.

She tweeted that she and others have tried to help him as he went though the foster care and mental health systems and he dealt with homelessness.

“The actions he is accused of break my heart and devastate all of us who tried to help him get on solid footing over the years. And while he has experienced hardship that most people can’t ever imagine, his actions are inexcusable,” she wrote.

😱😱😱 #Twitter apologized after the words "Kill all Jews" appeared in its top trending section, following an anti-semitic attack at a Reform temple in #Brooklyn in which the suspect sprayed those words. . . "This phrase should not have appeared in trends, and we’re sorry for this mistake," a Twitter spokesperson said in a statement. "This was trending as a result of coverage and horrified reactions to the vandalism against a synagogue in New York. Regardless, it should not have appeared as a trend." #jews #antisemitism #socialmedia