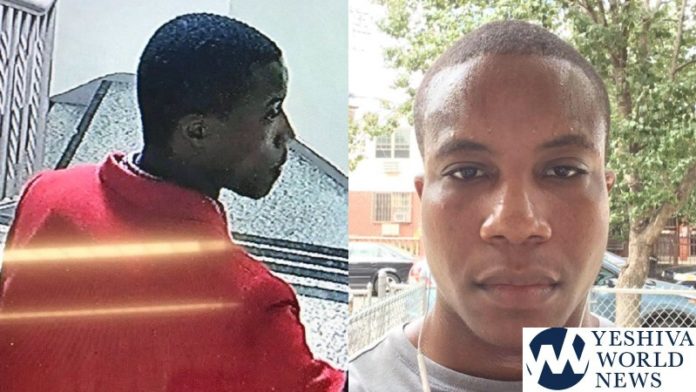 A man was arrested and charged with hate crimes Friday night after anti-Semitic messages were found in a Jewish temple in Brooklyn, police said.

James Polite, 26, was charged with four counts of criminal mischief in the fourth degree as a hate crime and making graffiti.

Graffiti was found on four floors of the Union Temple of Brooklyn on Thursday night, some of which said “Kill all Jews”, “die Jew rats we are here,” “Hitler,” and “Jews better be ready,” the NYPD reported.

He also is charged with setting several arson fires in Brooklyn’s Williamsburg section, including at Jewish schools and synagogues.

Lee x Rodney area @FDNY on scene with multiple garbage fires, all in front of a shul, Neitra, Chareidim, Sharmash, and 555 Bedford, as per witnesses it’s a male with a red hoodie who set it on. FD keeps on getting more locations. pic.twitter.com/33ejPHTgdk

After the service, he told journalists the incident was a horrible act of hate and “deeply disturbing to all New Yorkers.”

“But it is particularly painful for members of the Jewish community who feel very vulnerable right now, who feel under attack,” de Blasio said.

“The disgusting rhetoric and heinous violence in this nation has reached a fever pitch and is ripping at the fabric of America, and it must stop,” he said. “In New York, we have forged community through chords of commonality and we will always stand together against hate and discrimination.”

Polite was taken after his arrest to a hospital for a psychiatric evaluation, Lt. Paul Ng said. The suspect has not appeared in court.

Former New York City Council speaker Christine Quinn said she knows the suspect. He had an internship with Quinn when she was on the council, according to a New York Times profile done last year on Polite.

She tweeted that she and others have tried to help him as he went though the foster care and mental health systems and he dealt with homelessness.

“The actions he is accused of break my heart and devastate all of us who tried to help him get on solid footing over the years. And while he has experienced hardship that most people can’t ever imagine, his actions are inexcusable,” she wrote.

😱😱😱 #Twitter apologized after the words “Kill all Jews” appeared in its top trending section, following an anti-semitic attack at a Reform temple in #Brooklyn in which the suspect sprayed those words. . . “This phrase should not have appeared in trends, and we’re sorry for this mistake,” a Twitter spokesperson said in a statement. “This was trending as a result of coverage and horrified reactions to the vandalism against a synagogue in New York. Regardless, it should not have appeared as a trend.” #jews #antisemitism #socialmedia