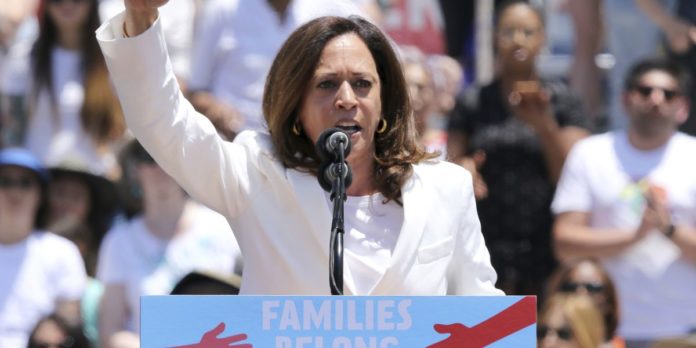 Sens. Kamala Harris of California and Cory Booker of New Jersey scored wins on Capitol Hill Tuesday that could help them as they prepare for potential campaigns for the Democratic presidential nomination.

After Republicans won a net gain of two Senate seats in last month’s midterms, Harris faced a possible eviction from the powerful Judiciary Committee. That would have dealt a setback to Harris, who has gained a Democratic following by using her post on the committee to stringently question President Donald Trump’s judicial nominees.

But Senate Minority Leader Chuck Schumer, D-N.Y., tweeted on Tuesday the “good news” that Harris would keep her spot.

A source familiar with the matter, who insisted on anonymity to discuss the closed-door discussions, said that no Democrat would lose their seat on Judiciary and that Republicans had agreed to expand the committee’s size. Don Stewart, spokesman for Senate Majority Leader Mitch McConnell, R-Ky., declined to confirm the expansion of the Judiciary Committee.

Booker, meanwhile, welcomed McConnell’s announcement that bipartisan legislation changing the nation’s sentencing laws would get a Senate floor vote this month. The New Jersey senator played a key role in talks on the bill, which would almost certainly be something he’d tout if he launches a presidential campaign.

In an interview with The Associated Press Tuesday, Booker said he expected the bill to win nearly unanimous support from Democrats. He said the bill marked “the first time we’re stopping these failed policies and taking a turn in the right direction” on an issue that “disproportionally affects” people of color.