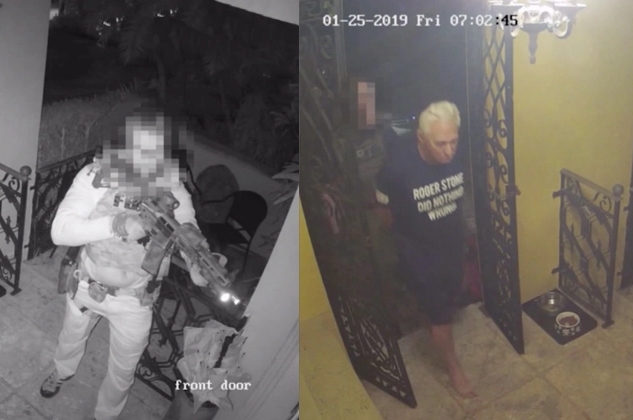 Lawyers for Stone, a political consultant who has made a career out of attention-seeking, bare-knuckles politics, say in a new court filing that any limits on their client’s public comments would infringe on his First Amendment right to free speech.

They made the argument as U.S. District Judge Amy Berman Jackson is considering a gag order preventing both sides in the case from making public statements that could prejudice potential jurors while allowing Stone to publicly opine on other matters.

Jackson raised the issue last week after she warned Stone not to treat his criminal case like a “book tour.” She was referring to several post-indictment talk show appearances Stone made, attacking special counsel Robert Mueller’s investigation as politically motivated.

In the filing Friday, Stone’s attorneys write that his comments don’t merit a “clear and present danger to a fair trial.” They also downplay his fame, citing as evidence that his Instagram following is only a fraction of celebrity Kim Kardashian West’s.

“While Roger Stone may be familiar to those who closely follow American politics, he is hardly ubiquitous in the larger landscape of popular consciousness,” Stone’s attorneys wrote.

Stone’s legal team, which includes Bruce Rogow, a noted First Amendment attorney who previously represented the rap group 2 Live Crew in an obscenity case, also urged Jackson not to curtail speech based on “conjecture or speculation” about its possible impact on jurors.

“Roger Stone has faith in the jury system and in the mechanics of jury selection which are designed to ensure a fair trial. Any attempt to foresee the future effect of free speech on jury selection is a hazardous endeavor,” they wrote.

He is charged with lying to Congress, obstruction and witness tampering related to discussions he had during the 2016 election about WikiLeaks, the anti-secrecy group that released material stolen from Democratic groups including Hillary Clinton’s campaign. U.S. intelligence agencies have said that Russia was the source of the hacked material, and last year Mueller charged 12 Russian intelligence officers in the hacking.

Prosecutors have tied that case to Stone’s, saying they share a common search warrant and involve activities that are “part of the same alleged criminal event or transaction.” But they have not accused Stone of being directly involved in any Russian election conspiracy.

Jackson was assigned Stone’s case because of its relation to the hacking case in which she also presides. But in a separate filing Friday, Stone argued prosecutors have not produced sufficient evidence to show the relation. And Stone, who has pleaded not guilty, asks that the judge allow his case to be randomly assigned.

Prosecutors have yet to respond to either of Stone’s filings.

Stone, who remains free on $250,000 bond, has denied having any direct contact with WikiLeaks. He has said he only sought to encourage voter interest in the group’s public disclosures. He also has denied discussing the issue with Trump.

MASSIVE OUTAGE: WhatsApp Goes Down Around The Globe