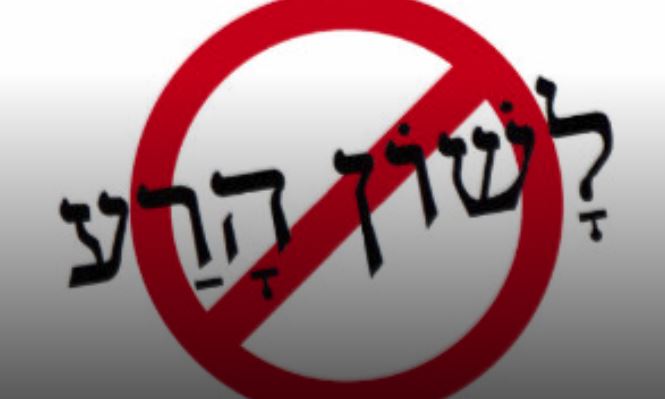 Recently, a “Mailbag” letter was posted on YWN from a father of a 12th grade girl who did not receive one acceptance letter from the seminaries in Eretz Yisroel to which she had applied. The loving father was in pain, particularly because he felt helpless – unable to assist his daughter. YWN, it seems, subsequently received a number of letters stating that the letter was Lashon Harah and asking how this op-ed/mailbag letter could be published.

WHAT IS THE HALACHA?

The question is – what is the halacha?  Should such a letter be published?  Is there a purpose to it?

The father labelled the process of seminary applications and interviews as “grueling, unfair, and ridiculous.”  He stated that he has “no doubt” that they gave his daughter “serious consideration after all they gladly took her application fee.  She is either too yeshivish, or not as scholastically achieved as they are looking for, or to use the politically correct term just simply not “a good fit.”

He describes his daughter as a good girl that followed all the rules to perfection.  He wonders why so many girls over the years have been turned off from this process. How many girls have said to themselves, if after all these years of hard work the very system I have worked to be part of is now rejecting me? Well I will reject it as well.

The father asks when will those “in charge” wake up and realize they are personally responsible for damaging the future mothers of Klal Yisroel?

He states that is time for change.

The laws of Lashon Horah are quite serious.  The ramifications of a violation can often be very devastating.  Entire reputations can be destroyed in a matter of days.  Indeed, Shlomo HaMelech – King Solomon wrote (Mishlei 18:21), “Maves veChaim beyad Lashon – Death and Life are in the hands of the tongue” which refers to the terrible consequences of Lashon Horah (Erachin 15b).

It can also be perhaps argued that in today’s electronic age, the issue is even more pertinent than in the time of Chazal or Tanach.  In previous times, the information expressed via a person’s tongue was fleeting and ephemeral – it disappeared instantly, except in the mind of the listener.  Nowadays, in our electronic age, the information is much more permanent.  Something that was written or published, even only once in a casual off-handed remark, achieves a sense of complete permanence. The potential for harm to another in today’s instant electronic age is by far much more serious than it has ever been.

Yet the concern for Lashon HaRah can also be misapplied when there is a strong reason to speak up.  The Gemorah tells us (Niddah 61a) that Gedaliah Ben Achikam misused the halachic concept of Lashon HaRah and applied it erroneously.  He didn’t believe a credible report of a threat – his ignoring of the warning resulted not only in his death, but in the scattering of the nation, and in the loss of Klal Yisroel’s independence as a nation.  Indeed, the repercussions of his error are still felt to this day.

There are issues in Jewish society that also need to be corrected and tweaked.  When innocent people are harmed unnecessarily, or when people’s safety are at risk – it is necessary to ensure that the correction be made.  Sometimes we need a counterbalance.

The need for a counterbalance can be seen in Chazal.  Rabbeinu Bachya in his commentary on VaYikrah (4:22) discusses the inevitability of leaders sinning.  The verse states, “Asher Nasi Yecheta – when a leader will sin..” Rabbeinu Bachya writes, “It does not state, ‘If a leader will sin’ – rather it states ‘When a leader will sin’ – the matter is one of certainty. The reason is that the leader’s heart is filled with conceit and haughtiness.”  Rabbeinu Bachya goes on to explain that the Torah (Dvarim 17:20) provides a counterbalance for the haughtiness of a king – he must carry a Sefer Torah with him at all times so that his heart not rise above his brethren.

The Nesiim as well were also provided with a counter-balance.  They were instructed to bring the precious Avnei Shoham stones as a gift (Shmos 22:27).  These precious stones were the same type that were found on the breastplate of Aharon HaKohain – the stones that were designed to achieve atonement.  They thus had a humility-inducing effect to them, according to Rabbeinu Bachya.  The Netziv also interpreted the verse, “Asher Nasi yechetah” in the same manner –  that the Torah is predicting the absolute certainness of the leader stumbling.

WHAT THE FATHER POINTED OUT

The truth is that our Bais Yaakov girls and graduates of other Torah high schools are remarkable young ladies.  They perform remarkable chessed.  They daven beautifully.  They lead true Torahdika lives.  They are inspired by shiurim and inspire others.  They are the crème de la crème of our society.

One of the seminaries in Eretz Yisroel was actually bothered by the problem and hired a computer programmer to figure out a system wherein each qualifying girl would be guaranteed a place in the seminaries.  The problem?  The seminaries did not want to hear from it.  It fell by the wayside.

The decision made by the editors of YWN was that it was necessary to prod things along and to effect a change in the way the seminaries process applications.

In our times, we do not have the directive for our leaders (and certainly lay people) to carry with them a Sefer Torah, nor a directive to bring the humility-inducing Avnei Shoham stones.  Can we then afford not to have a counterbalance?

The Mesilas Yesharim (Chapter twenty, “Harei Lecha”) concludes that in regard to these issues one cannot blindly adhere to the one side.  Rather, Rabbi Moshe Chaim Luzatto  states, “all factors must be weighed carefully on both sides as far as a man can determine – to see which is the proper way to act – the doing or the refraining from doing.”

The Torah media can perform this role.  It can act as a counterbalance and as a warning siren to the public, in a responsible manner, within the framework of the Torah’s guidelines.  The media must also be aware that improper publicity can negatively affect an institution or a person.

THE JEWISH MEDIA AND CHANGE

The question thus arises as to how a Jewish media source can fulfill its mission to bring pertinent and important ideas and information to its readership and effect constructive change –  while at the same time ensure that it not violate the very serious laws of Lashon HaRah?

It is the premise of this article that the laws of Lashon HaRah are not a contradiction to the idea of helping effect positive change.  The Torah (VaYikrah 18:5) tells us “VeChai Bahem” which means that the laws of the Torah are designed neither to be obstructive nor destructive to those who observe them.  Indeed, the words imply quite the opposite according to the Ramban on this verse.  The laws of the Torah enable man to live in a positive and healthy environment.

It is clear that Gedaliah Ben Achikan erred and erred gravely, from a halachic perspective.  And yet we find that Gedaliah Ben Achikam was one of the greatest leaders of the generation, where Hashem Himself testifies to his sterling character.  By the same token, it is also clear that our society has, at times, failed to take the necessary steps to make effective changes without input from the Torah public that sees it firsthand.

There is a debate among the authorities as to how to understand the leniency found in the Talmud of Apay Tlasa – when the information was said in front of three people.  Some limit the leniency to only neutral information that is not negative.  The bottom line is that there is a debate whether the laws of Lashon HaRah apply to a situation where the information is already known to a significant number of people.  Since it is a point of contention in Halacha, the Chofetz Chaim rules that it is preferable not to rely upon the opinion that rules leniently (SCC 2:10).  It would seem that one should generally follow this advice unless there are extremely pressing reasons for printing the article.

1] The intent cannot be to purposefully disseminate negative information for the sake of doing just that.  The information may only be revealed (SCC 2:3 BMC 2:3) as a corollary of trying to resolve a problem.

2] The article may not embellish any of the facts (SCC 2:9 BMC 2:25).  He must also leave out additional adjectives that further embellish the facts.

4] The Chofetz Chaim has another requirement (SCC 2:10) that the listening audience should not be of the temperament that they accept what is being said as the truth.  But if the audience will a] accept it as truth and b] will possibly add to the information then it is forbidden.

5] The editor must have the correct intentions when he prints (based upon SCC 10:2).  He may not print out of hate or spite.  There are a number of intentions that may be constituted as proper and correct:

There is a proof from the juxtaposition of a statement in the Psiktah Zutrasa (Lekach Tov in BaMidbar Parshas Shlach p. 108b) that discusses the horrific aspects of Lashon Horah, but at the same time states that one must be on guard regarding the information.  It seems from there that if one is merely repeating the information or listening to it in order to take corrective or protective measures – there is no prohibition of Lashon Horah.

The goal here in printing the father’s anguished pleas was to ensure that our precious young ladies not be hurt.  Authorities and people will differ, of course, about the exact costs and benefits and specifics about disseminating any particular piece of information, and this is to be expected.  There are many areas where there are clear cut answers, but at the same time there are many areas where there are no clear cut answers.

The letter should have been slightly edited to better conform to the criterion given by the Chofetz Chaim.  Categorical statements and characterizations should have been qualified and eliminated.   Efforts should be made to ensure that more attention to these details will be made in the future.

Some media sources will err on the side of too much caution.  Others will err on the other extreme.  We have seen from the information here that the correct way is perhaps somewhere in the middle.

The important thing is to ensure that we do our best both at protecting the public and at observing the laws of Lashon Horah.  We must ensure that all our actions are done for the sake of Heaven and to recognize that component in others whenever possible.

The bottom line, however, is that we should work to ensure that other young women do not suffer needlessly because we did not put this infrastructure in place.