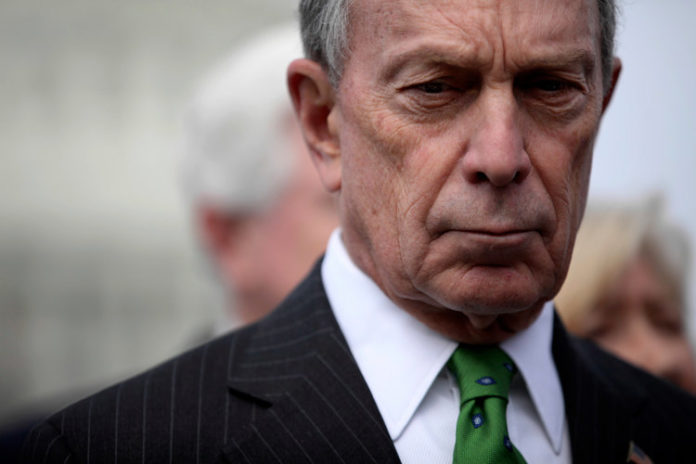 Michael Bloomberg is reportedly having second thoughts about sitting out the 2020 presidential race amid inappropriate conduct allegations against former Vice President Joe Biden that may end Biden’s bid before he has a chance to launch it.

Bloomberg, the billionaire former mayor of New York City and a supposedly centrist politician, announced last month that he wouldn’t be running for president in 2020, suggesting instead that Democrats unite behind a moderate candidate to help prevent President Trump’s re-election.

“It’s essential that we nominate a Democrat who will be in the strongest position to defeat Donald Trump and bring our country back together,” Bloomberg wrote in an op-ed. “We cannot allow the primary process to drag the party to an extreme that would diminish our chances in the general election and translate into ‘Four More Years.’”

But with Biden facing controversy after at least four women stepped forward in the last week with accusations of improper physical contact by the nation’s former No. 2, Bloomberg sees an opening for a moderate candidate and is likely to revisit his previous decision, Axios reported, citing people who spoke about the issue with Bloomberg.

Biden denied the allegations and his spokesman accused “right-wing trolls and others” of conflating images of Biden embracing acquaintances, colleagues and friends in his official capacity during swearing-in ceremonies with uninvited touching.

Bloomberg, valued at nearly $60 billion, would try to lure voters with the promise of moderation, unlike his Democratic opponents who are embracing far-left policies, while appealing to liberal voters with action on gun control and climate change.

Yet he refrained from running this election cycle, in part due to Biden’s intent to run as well, as Biden would have overshadowed Bloomberg’s pitch to voters, according to the outlet.