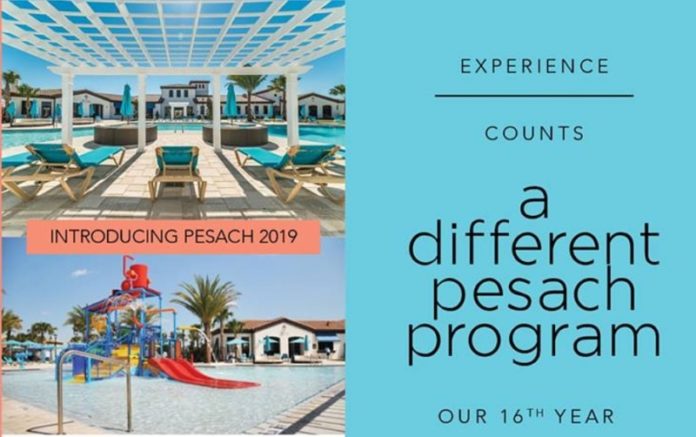 A relaxing Pesach getaway to Orlando has turned into a nightmare for hundreds of folks this year.

Described as “a five-star hotel program without the hotel” on its website, the “A Different Pesach Program” at the Windsor West Side allegedly ran into some serious financial issues, leaving many families without food being delivered timely or a place to Daven. There were all types of claims circulating on social media, including that there is no food whatsoever and that people were threatened with eviction.

The program’s owner appears to have vacated the premises, leaving his remaining staff to contend with hundreds of shocked and disgruntled patrons, according to the Times of Israel.

As our readers are aware, thousands of people rent villas in Orlando for Pesach, traveling there with family and friends. Many join programs like this one, which provide a private villa, meals delivered to the home (villa), as well as common facilities like a Shul.

YWN spoke to multiple residents who said they saw no signs of trouble when they arrived, but the problems began shortly thereafter.

One source told YWN that the Matzah and wine were delivered just an hour before Yom Tov on Erev Pesach, as the delivery company refused to allow the items to be unloaded until they were paid in full. It seems that two guests at the program used their own credit cards to ensure that the delivery was released. On Thursday, staff also learned that one of the property owners was owed $6,000.

On Sunday morning, guests returned from Shul to find a notice on the door stating that the codes to the doors would be changed if payment was not made immediately. Times of Israel reports eviction notices were put on 11 villas, eight occupied by staff and three by guests.

By Monday (the first day of Chol Hamoed), the Sheriff had taken away all common areas being used by the program, including the kitchen, Shul and other public areas. This left hundreds without a place to Daven. It appears the resort and other companies were owed upwards of $60,000.

“We have been informed by the management at Windsor at Westside and the Osceola County Sheriff’s Department that we are temporarily not allowed to use the common areas at Westside,” read an email to guests on Monday evening [READ IN FULL BELOW]. “This is an unfortunate situation for everyone involved, and we are banding together in an effort to provide the necessary essentials to our guests through the remainder of the holiday.”

YWN spoke with Sruly Wulliger, who was hired as the Chazzan and entertainment for the program. Wulliger says that contrary to the rumors on social media, there has never been any food not being delivered.

“In fact it has been nothing short of a Kiddush Hashem”, Wulliger said.

“Yes, there is no usage of the common areas such as the Shul, and yes the kitchen is closed, and yes there are no Chol Hamoed BBQ’s, but two employees – Dennis and Brian – stayed behind (despite the owner reportedly disappearing) and are doing everything they can to accommodate everyone as best they can. Many people are getting raw meats and are cooking themselves. Social media is simply lit with fake news regarding this program”, Williger said.

“Despite the rumors online, no one has been evicted from their villas”, Wulliger added.

Times of Israel reports Brian [Goldberg] and Dennis [Ratzker] have paid more than $15,000 from their own pockets to cover costs.

Meanwhile, another company called “A Perfect Pesach Program”, hosted by The Kosher Guru and owned by the Heller and Silverstein families in nearby Story Lake, says they were inundated by hundreds of messages, phone calls and emails. This program has food by Main Event / Mauzone Caterers and the Chol Hamoed BBQ’s are catered by Fuego, a premiere Kosher restaurant in North Miami Beach.

“People were literally crying on the phone to us, begging us for food,” Kosher Guru told YWN.

“We have been helping as many people as possible, and are doing our best”.

Our readers should understand that this is not a large Frum community like Brooklyn, Lakewood etc. The local supermarket can not accommodate the thousands of people who travel from out-of-town, making it unrealistic to just pick up food and cook. There are no Kosher establishments in the area.

Multiple sources have contacted YWN with claims that they are seeking to file lawsuits, claiming that this is not the first time the owner has been involved in a fiasco like this. 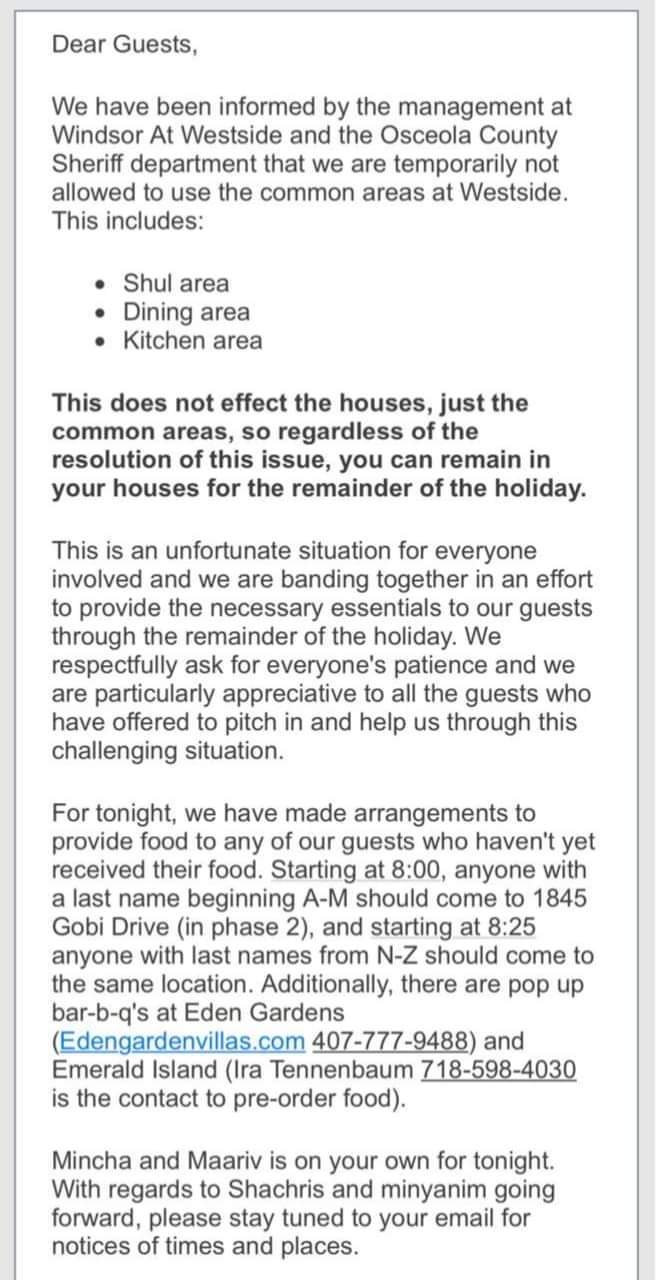 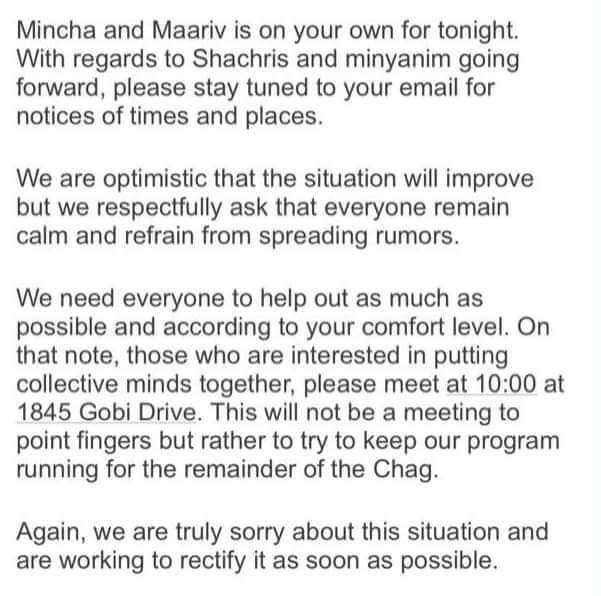