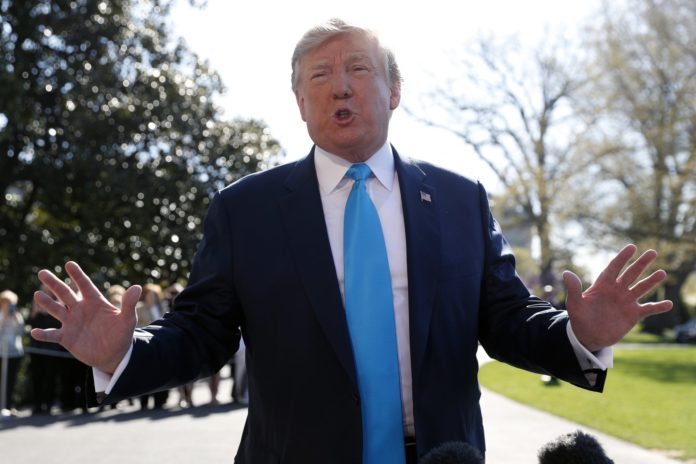 Trump, speaking to reporters at the White House on Friday, said that people “have to get their shots.”

He added that vaccinations “are so important.”

Measles in the U.S. has climbed to its highest level in 25 years, hovering around 700 cases this year.

The resurgence of the deadly disease is largely attributed to misinformation that is turning parents against vaccines.

But Trump has previously cast doubt on the effectiveness on vaccinations.

He tweeted several times in 2012 and again in 2014 suggesting, incorrectly, that there could be a link between vaccines and autism in children.

President Trump on measles outbreak: "They have to get the shot. The vaccinations are so important." pic.twitter.com/C3ZMJ4Srf1

Meanwhile, the NYC Health Department says they have so far issued 38 violations to people in Williamsburg who have not followed the Emergency Order to vaccinate.

Vaccination is the only way to stop the #measles outbreak. As of today, we have issued 38 violations to people in Williamsburg who have not followed the Emergency Order to vaccinate. Avoid a fine — get vaccinated. Help us stop the outbreak. pic.twitter.com/bJBwf9H9W8