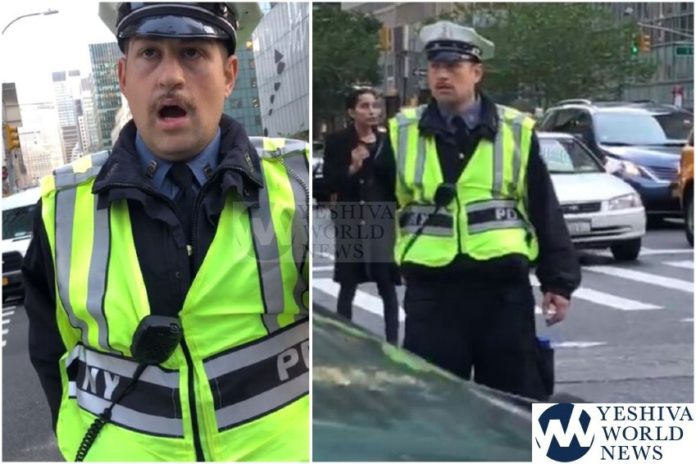 In a time when anti-Semitism is rearing its ugly head both in the city and around the county, it’s painful when it comes from an NYPD Traffic Agent.

A motorist contacted YWN, saying he was on 57th Street and Park Avenue at 6:00PM Tuesday evening, trying to get into the Queens Midtown Tunnel. Due to traffic, the driver was unable to get out of the lane he was in, and attempted to make a turn. At that point, the Agent walked over to the vehicle, took a look at the Orthodox Jewish driver and his passenger, and told them “you can’t make a right turn, you stupid Jew”.

Stunned, the driver parked the car, and the passenger walked over to him with his camera recording and politely asked for his badge number. The Agent refused to give his badge number and instead said: “I didn’t mean what I said, and I apologized to the other gentleman”.

The victim of this anti-Semitic abuse persisted and asked for the badge number again. The Agent again said that he did not mean what he said, refused to give his badge number and walked away.

There is no room for intolerance in the NYPD, or anywhere. Transportation Investigations Unit is reviewing this incident.

See the shocking video below: