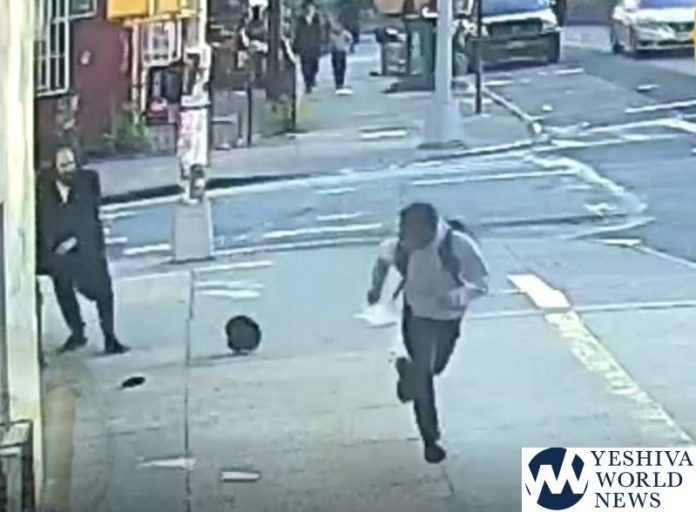 For the second time this week, a Hasidic man was punched in the head in an entirely unprovoked attack.

The latest attack occurred on Tuesday evening, at around 7:30PM.

A spokesperson for Williamsburg Shomrim (WSPU) tells YWN that a Hispanic man approached a Hasidic man walking at the intersection of Marcy Avenue and Rodney Street – in the heart of the Hasidic community – and punched him in the back of his head. The victim’s hat and yarmulka went flying, and before he could turn around, the attacker fled. There were no words exchanged.

The NYPD and Shomrim were called, and units canvassed the area for quite some time, but were unable to locate the suspect who had fled towards Broadway.

In the photo below, you can see the man smiling as he runs away: 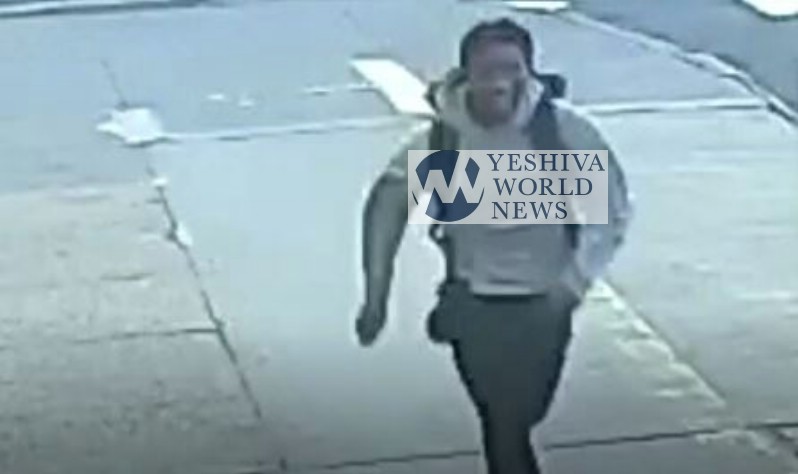 The NYPD hate Crimes Task Force is investigating the incident and has announced a $2500 reward.

As YWN reported, this past Shabbos a Hasidic man was walking on Broadway near Lynch Street, when he was confronted by a group of thugs. Without saying a word, one of the men walked up to the victim and punched him in the face. Another suspect added some anti-semitic slurs at the man including “you (expletive removed) Jew!”

No arrests were made in that incident either.

Anyone with information in regards to either of these incidents is asked to call Crime stoppers at 1-800-577-TIPS (8477) and WSPU at 718-237-0202. The public can also submit their tips by logging onto the Crime stoppers website at WWW.NYPDCRIMESTOPPERS.COM or by texting their tips to 274637 (CRIMES) then enter TIP577.

Wanted for assaulting Williamsburg man help us get him of the streets if your have any information call @NYPDHateCrimes @WspuShomrim 718 237 0202 pic.twitter.com/jyyhxHftoJ