The man who is accused of torching a Flatbush home on Thursday was grinning from ear to ear in Brooklyn Criminal Court on Sunday night.

As YWN reported just after Shabbos, Matthew Karlefsky, 41, was taken into custody and charged with two counts of attempted murder in the inferno that sent 12 people to the hospital – including a 6-week-old infant.

His intended target was Rabbi Yonason Max, a longtime Rebbe at Mesivta Yeshiva Rabbeinu Chaim Berlin in Midwood. The suspect had a tattoo on his arm calling for the death of Rabbi Max. His tattoo, which reads “Never let go of the HATRED – KILL Rabbi Max. YEMACH SMHO,” was visible – along with his big smile – in court.

“He said he would destroy him reputationally and then he came to actually kill him physically,” Ezra Max, the rabbi’s son told the media.

Max said his father even had a restraining order issued against the suspect.

“I know that he had a plan to kill my dad,” Max added.

Karelefsky posted ramblings for years all over social media – even contacting YWN multiple times – where among other things – he blamed Rabbi Max for his divorce. The NY Post says he once posted on Facebook saying he wished his own son would step in front of a bus.

Brooklyn Assistant DA Tziyonah Langsam told the Court that Rabbi Max was at home at the time of the blaze, and video shows Karelefsky running the scene. Karelefsky admitted setting the fire, and when he was arrested, he possessed lighter fluid, an ax and knives.

Karelefsky lived in Brooklyn until 2007, when he moved to the Pittsburgh, Pennsylvania, area. He has lived there since then. On various social media accounts and comments on websites targeted toward Jewish audiences, Karelefsky has written about converting to Christianity and his anger with Jewish communities he was previously a part of.

Matthew Karelefsky was arrested after an investigation by the NYPD. He is being held without bail pending his arraignment on charges that include attempted murder and arson. 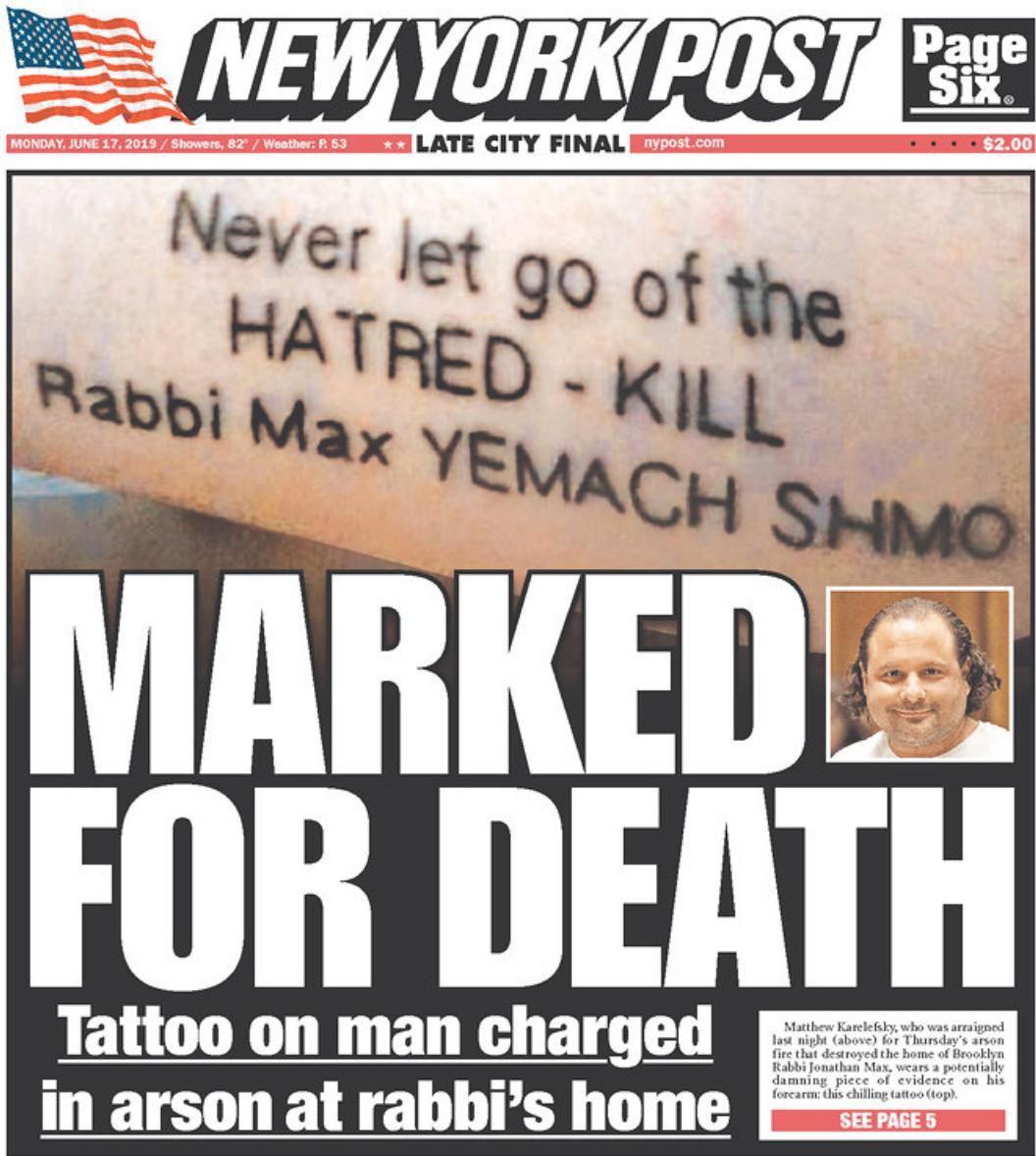 Karelefsky was twice arrested in Allegheny County, Pennsylvania, where he lives, in recent years. In August 2010, he was charged with simple assault. The case was later withdrawn. He was then charged in 2017 with criminal use of a communication facility, a felony, and making terroristic threats. The charges in that case were eventually dismissed. Further details about those cases were not immediately available.