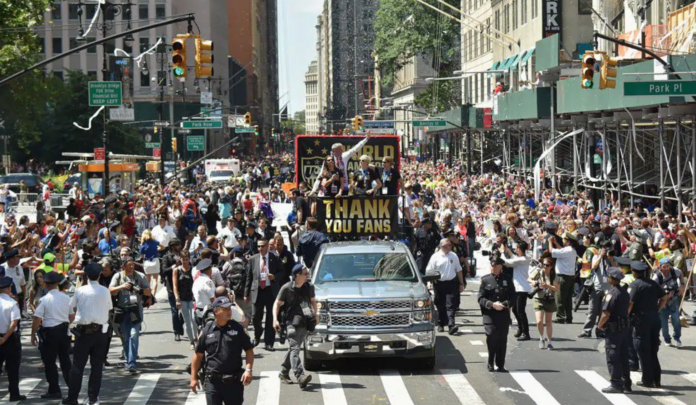 A ticker tape parade to shower the U.S. women’s national soccer team with praise and paper confetti will start at 9:30 a.m. EDT in New York City on Wednesday.

It will be the city’s first ticker tape parade since the team’s Women’s World Cup win in 2015.

The procession will move down the Canyon of Heroes, a section of Broadway between the Battery and City Hall in Manhattan. Large crowds are expected.

Mayor Bill de Blasio, a Democrat, will then give the players a symbolic key to the city. All tickets for the City Hall ceremony have now been issued.

The team has already started celebrating its record fourth Women’s World Cup title. After touching down at Newark International Airport on Monday, players exchanged toasts over Champagne and sang “We Are the Champions.”