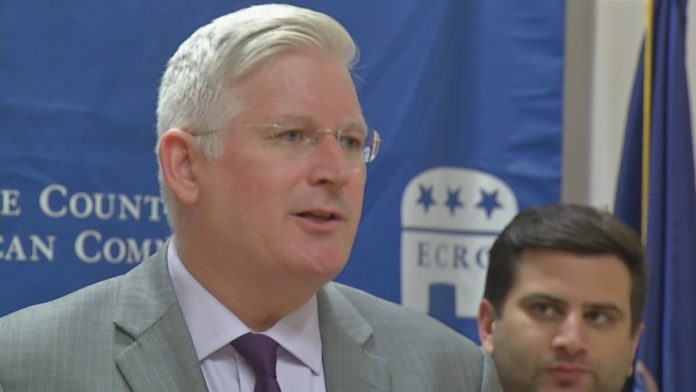 A county clerk in western New York has filed a lawsuit challenging a new state law authorizing driver’s licenses for immigrants who are in the country illegally.

Clerks in many other upstate counties have expressed similar concerns about the law, and clerks in Rensselaer, Niagara and Allegany have joined Erie in saying they won’t follow it.

The lawsuit names Gov. Andrew Cuomo and state Attorney General Letitia James, both Democrats, as defendants in their official capacities, along with the commissioner of the state’s Department of Motor Vehicles.

Twelve states already have similar laws, which supporters say allow immigrants to get to work, raise children and go about their daily lives. The measure, dubbed the “greenlight” bill, passed the state’s Democrat-led Legislature last month and was promptly signed into law by Cuomo.

Kearns, a Democrat, argues the law is unconstitutional and forces county clerks to violate their oaths of office by granting licenses to immigrants who have broken immigration laws. He said last month that workers at Buffalo-area motor vehicle offices won’t grant driver’s licenses to those here illegally and will instead send applicants to a state-run auto bureau in Syracuse, more than two hours away by car.

Kearns said clerks who ignore the new law in favor of federal law may be at risk of being removed from office by Cuomo.

“If we follow the federal law, we’re subject to removal from office,” he said. “But the state law has constitutional problems and conflicts with federal law. It really puts us in the middle.”

Supporters expected the legal challenge. James’ office reviewed the bill before it passed and has said it is constitutional.

“The legislation is well crafted,” James said in a statement last month, adding: “We will vigorously defend it.”

Cuomo raised a separate legal issue about the law when discussing it on public radio Tuesday, saying he remains concerned that federal immigration authorities might sue the state to gain access to state DMV databases to target immigrants in the country illegally.

Lawmakers inserted language into the law designed to prevent that possibility, but Cuomo said he worries that might not be enough.