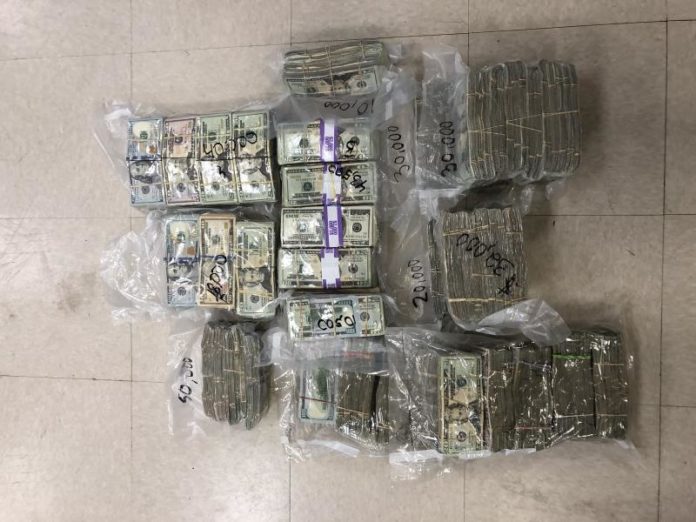 ST. THOMAS, Virgin Islands – U.S. Customs and Border Protection Agents, seized Tuesday $372,000 in undeclared currency found inside a duffle bag on the beach near a vessel found in Bordeaux Bay.

“Transnational criminal organizations seek to conceal and move currency from their activities,” stated Johnny Morales, Director, Air and Marine Operations for the Caribbean Air and Marine Branch. “Our agents continue to use advanced aeronautical and maritime capabilities to detect and interdict them throughout our coastal borders.”

On July 9, Air and Marine Operations (AMO) Marine Interdiction agents (MIAs) received a call a concerned citizen about a suspicious boat, making landfall in Bordeaux Bay, St. Thomas. The caller stated that three men were onboard and intentionally beached a 20ft Boston Whaler.

The MIAs responded by vehicle to the area and noticed a single duffel bag still sitting in the sand near the boat with a Puerto Rico registration. Agents conducted a sweep of the area but were unable to locate any of the suspects.

Inside the duffel bag, agents found an undetermined amount of cash in vacuum-sealed packages. The undeclared currency totaled $372,000. U.S. Homeland Security Investigations assumed custody of the seized currency and investigation.

On July 7, AMO seized $3.7 million in undeclared currency found inside five duffle bags on board an abandoned vessel near the coast of Fajardo.