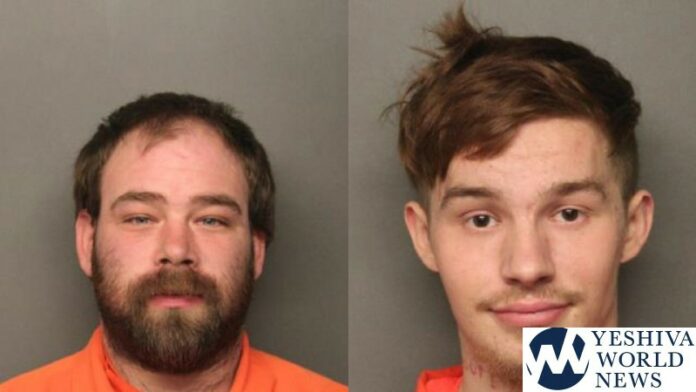 On Sunday December 15, 2019 at approximately 8:45 PM, the Sullivan County Sheriff’s Office responded to the report of a burglary in progress at the Forest Park Estates complex on Anawana Lake Road in the Town of Thompson. At the location, deputy sheriffs entered a residence where the front door appeared to be damaged. Once inside, deputies confronted 3 male suspects who promptly bailed out of the second story windows. A foot chase ensued and the perpetrators where able to elude the deputies by running into the nearby woods. Deputies called for assistance from the Monticello, State Police and a State Encon Police K-9 unit. About 2 hours later, a 17 year old suspect was located by the K-9 unit approximately 100 yards into the woods and taken into custody. The other two suspects were able to evade the dragnet.

The next day, (Monday December 16, 2019) following up on several leads, Sheriff’s detectives arrested Anthony Gilson, 19 and Tracy Sanders, 32, both of Monticello. The investigation revealed that the trio had been operating for some time and had burglarized numerous seasonal residences in the area. The three suspects were charged with 25 counts of Felony Burglary and Felony Criminal Mischief. The 17 year old male was issued an appearance ticket under New York’s “raise the age law” and released pending a future appearance in Family court. Anthony Gilson and Tracy Sanders were arraigned before Town of Thompson Justice Sharon Jankiewicz. Bail was set at $20,000 for Gilson and no bail was set on Sanders. Both men were remanded to the Sullivan County Jail pending further court action. Sheriff’s detectives recovered proceeds from several of the burglaries.

Sheriff Mike Schiff thanked the responding police agencies and the District Attorney’s Office for their assistance with this investigation. “The investigation is continuing and additional charges are anticipated”, said the Sheriff.