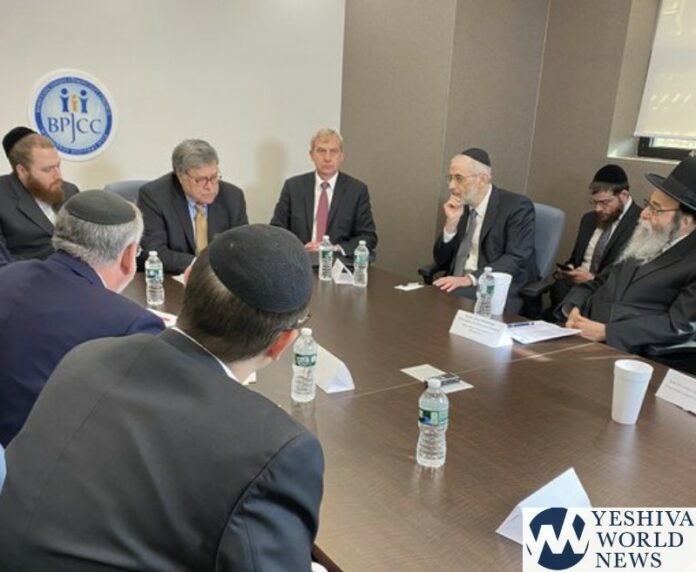 Barr said he is “extremely distressed” about recent acts of intimidation and violence against Jewish communities, and said federal authorities will be lowering their levels of tolerance for acts of anti-Semitism moving forward in order to more aggressively prosecute hate crimes cases.

Among items discussed in the meeting, the AG said he is issuing a directive to U.S. Attorney’s Officers around the United States to “reinvigorate their relationship and outreach to Jewish communities” in response to recent acts of anti-Semitic intimidation/violence against Jews.

Barr told leaders that the Justice Department is working with the FBI to pursue suspects responsible for anti-Semitic incidents locally and nationally, and bring them to justice.

The AG also said that Hate Crime incidents will be prosecuted as a federal offenses if the incident fits criteria. This is something that YWN has called for in more than 25 articles in the past few years. There would be no greater deterrent to hate crimes, than federal charges, which have hefty jail-sentences – much longer than NYC releasing suspects an hour later with no bail.

To bring the point home, the AG announced new federal charges unsealed against Tiffany Harris, a woman accused of slapping three Orthodox Jewish women in Crown Heights in December. As YWN had reported, Harris had been released on bail when she attacked another woman and was released on bail again.

“We are charging her federally,” Barr said, inserting the federal government into the highly charged debate in New York over the state’s new bail reform law.

The federal complaint said Harris knew she was walking through the “Jewish neighborhood,” and she allegedly told police she recalled slapping the women, cursing at them and saying to them, “(Expletive) you, Jews.”

The Attorney General said he is “very concerned” about actions of prior administrations that attempted to restrict the curriculum of religious schools.

Rabbi David Niederman told Barr that three of his siblings were murdered by Nazis during the Holocaust and says: “I cannot tell you how much it means to us when you say our federal government will have zero tolerance towards hate.”

On Monday YWN reported that not one Orthodox Jewish elected official representing the Brooklyn Jewish communities was invited. Following that story, a writer for the Yated and Mishpacha Magazine, Yochonon Donn, (previously of the Hamodia) publicly attacked YWN on social media for this story. Donn incorrectly claimed that YWN questioned why “No Orthodox Invited”, when in fact YWN questioned why no Orthodox Jewish elected officials – as well as the organizations on the front lines at every single hate crime – were not invited. While The UJO of Satmar, Agudath Israel and other organizations do wonderful work, they are not on the streets confronting hate head-on such as Shomrim, Misaskim and other leading community organizations and activists, and they should of been invited to this meeting. 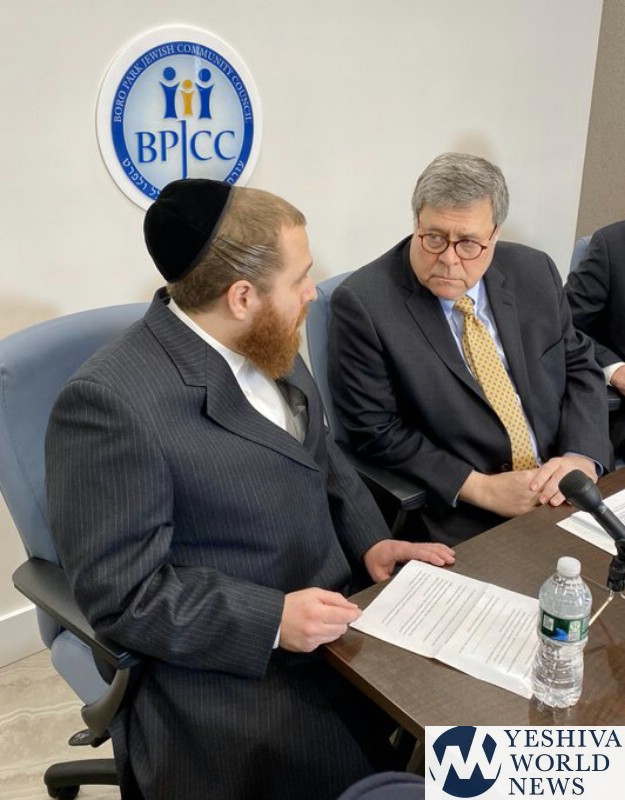 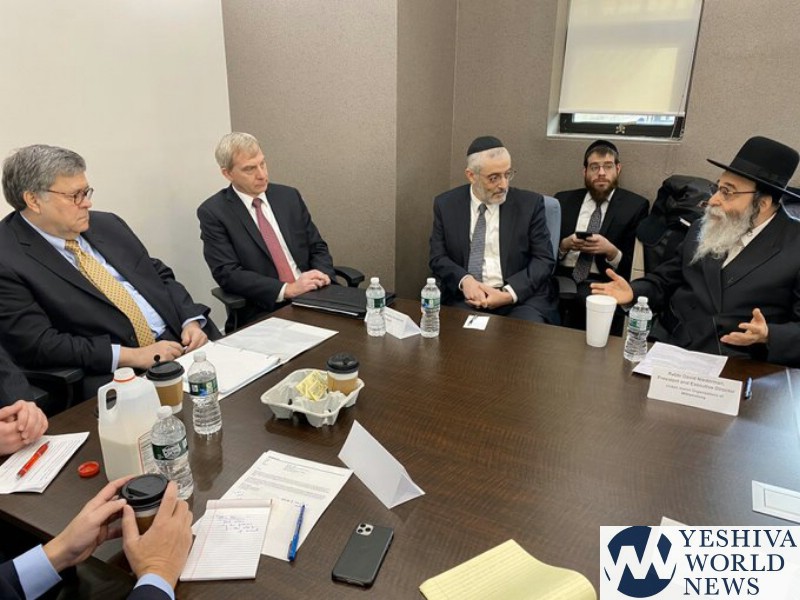