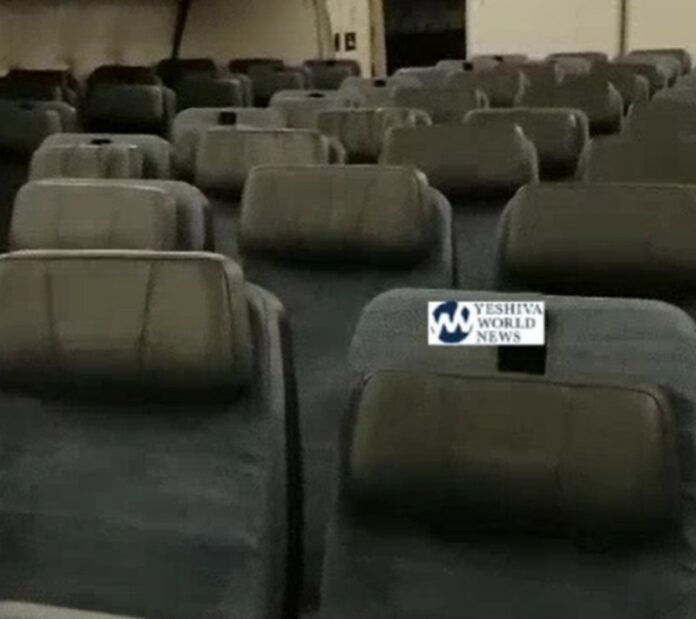 An Israeli man traveled to Hong Kong on Wednesday and reported to B’Chadrei Charedim that everything was empty. In a photo the man took of the inside of the plane, the only people who were on the flight were the staff as hundreds of seats on the jumbo jet lay empty while the staff wore masks over their faces.

The man, who was traveling for business, requested to remain anonymous and said: “My wife refused to let me go until she realized that I had to go, otherwise my business would fail. Of course I am afraid, but I have no choice the work needs to get done.”

The man added that when he arrived in Hong Kong, he could not see many people at the airport. In a place where there are usually throngs of people, now there are almost none aside from airport staff and a few people leaving the country.

“When I left the airport I couldn’t find a taxi to drive me to where I needed to go. Usually, there are dozens, and I know one of them who picks me up regularly. But he told me that he is no longer working because he cannot fathom the thought of having random strangers get into his car with the virus so rampant.”

The man continued: “I finally found someone who would take me and I made it to my hotel. Many of the meetings I was supposed to have were canceled and everyone thought that I was crazy for coming. I told them that no matter what I needed to come.”