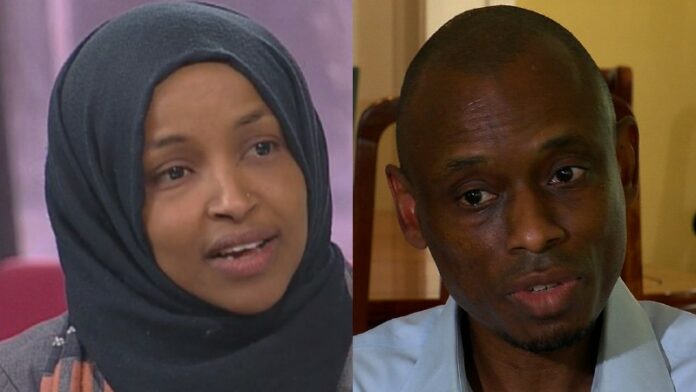 Rep. Ilhan Omar is about to learn whether voters in her Minneapolis-area congressional district support the mix of confrontational, anti-Trump progressivism and celebrity that she brings to the job.

Omar, the first Somali American and one of the first two Muslim women elected to Congress, is facing a surprisingly well-funded challenger in Minnesota’s Democratic primaries on Tuesday. Antone Melton-Meaux, a Black lawyer and mediator, raised millions of anti-Omar dollars to fill mailboxes and flood airwaves. His “Focused on the Fifth” message has portrayed Omar, a member of “The Squad” of four progressive female lawmakers, as out of touch with the 5th District.

Omar rejected Melton-Meaux’s attacks, saying they were funded by interests that wanted to get her out of Congress because she’s effective. She also downplayed Melton-Meaux’s money and played up her ground game before the vote, saying, “Organized people will always beat organized money.”

The outcome may not be known Tuesday night if the results are close. Absentee voting in Minnesota was heavy, and officials must count mail-in ballots that arrive as late as Thursday under safety rules imposed due to the coronavirus pandemic.

Democratic U.S. Sen. Tina Smith and Republican challenger Jason Lewis were expected to easily win their primaries in the only statewide races on the ballot. Elsewhere, in western Minnesota’s conservative 7th District, former state Sen. Michelle Fischbach was the endorsed Republican in a three-way race for the right to challenge Democratic Rep. Collin Peterson. Peterson, chairman of the House Agriculture Committee, is one of the GOP’s top targets to flip a House seat in November.

After entering Congress with fanfare, Omar hurt herself early with anti-Semitic comments about Jews, money and Israel that even some fellow Democrats called anti-Semitic, and found herself apologizing. She also came under scrutiny when her marriage fell apart and she married her political consultant months after denying they were having an affair.

Shari Dveris, a 42-year-old school teacher, said she voted for Melton-Meaux because she doesn’t think the congresswoman “has done anything for her constituents,” echoing the challenger’s claim that Omar prioritized celebrity over the interests of her district. Dveris, who voted early on Monday in St. Louis Park, a Minneapolis suburb with a large Jewish community, said Omar “pulled a bait-and-switch” on the Jewish community during her 2018 campaign, namely with her support for the Boycott, Divest and Sanction, or BDS Movement against Israel.

“I just think that he’ll do more for us,” she said. “(Melton-Meaux) seems very honest and upfront, and I’m impressed with what he’s said so far.”

John Hildebrand, a 47-year-old teacher in Minneapolis who voted for Omar, said her national profile is an advantage.

“I think just her presence encourages other Muslims and Somalis to run for office and to seek to be represented,” he said. “I think she just engages people in the political system more and more.”