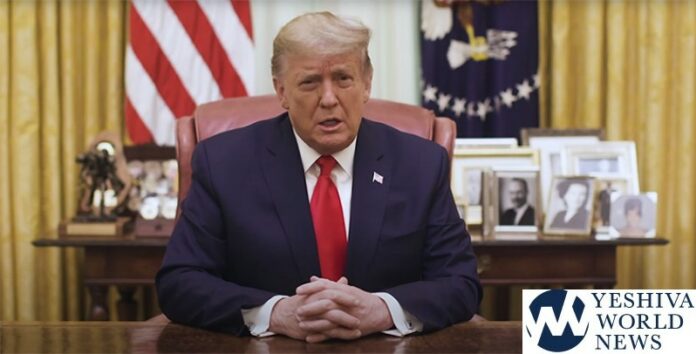 In his first public remarks since the House voted to impeach him for a second time, President Trump said he “unequivocally condemns” the violence that took place at last week’s Capitol riot.

“Mob violence goes against everything I believe in and everything our movement stands for,” Trump said. “No true supporter of mine could ever endorse political violence.”

Trump said individuals who participated in the riot will be “brought to justice.” He called for supporters to help “ease tensions, calm tempers and help to promote peace” in our country.”

The president also addressed planned demonstrations in Washington ahead of President-elect Joe Biden’s inauguration, telling those who plan to attend to refrain from violence and lawbreaking.

“I have directed federal agencies to use all necessary resources to maintain order,” Trump said.

The video was posted on YouTube on the White House’s official channel. President Trump has been banned from using most social media platforms in his personal capacity in recent days.

The president also addressed his ban from various social media platforms in his latest video. Facebook, Twitter and YouTube have indefinitely suspended his account. Separately, Amazon has barred Parler, a social media platform favored by the right, from using its web hosting services.

“Efforts to censor, cancel and blacklist our fellow citizens are wrong and they are dangerous,” Trump said. “What is needed now is for us to listen to one another, not to silence one another.”