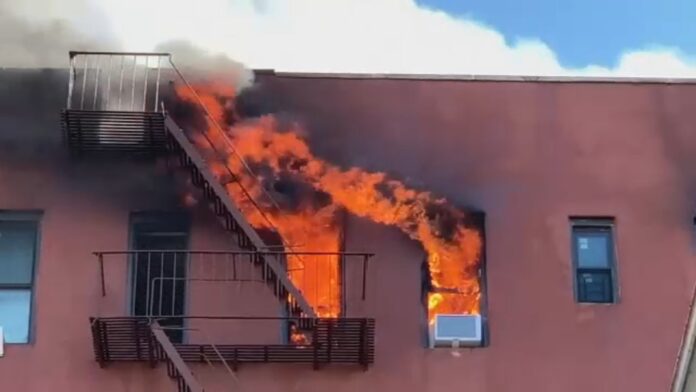 The April 6 blaze at the six-story building, which displaced about 240 residents, was an accident, and smoke alarms activated as they should have, fire marshals said.

About 400 firefighters responded to the afternoon blaze that started on the top floor, and it took them about 12 hours to extinguish it.

Two of the injured firefighters were left with burns that were not life-threatening. No deaths were reported.

A resident in the apartment where the fire started left the door open when fleeing, which helped the fire spread, officials said.