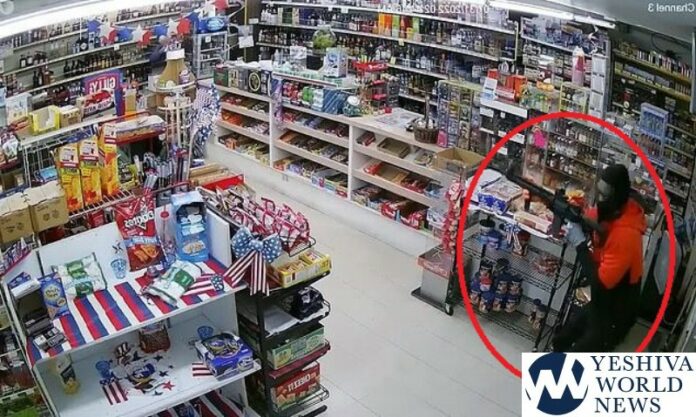 An 80-year-old liquor store owner was having none of it when a would-be robber carrying a rifle entered the store. The elderly man opened fire, prompting the suspect to run out screaming, “he shot my arm off!”

The incident occurred on Sunday at Norco Market & Liquor in Norco, which lies just east of Los Angeles. Surveillance footage shows the masked suspect pointing a rifle at the storeowner before the victim reaches behind the counter, grabs a shotgun, and goes all Wild West on the robber.

The 23-year-old suspect was later tracked down at a hospital “suffering from a gunshot wound consistent with a shotgun blast,” the Riverside County Sheriff’s Office said. He is in critical but stable condition and will be booked into jail upon his release.

Meanwhile, the store owner is also at the hospital – he suffered a heart attack shortly after the attempted robbery.