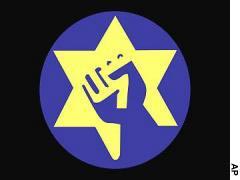 Four Jews who identify with the Jewish Defense League are in custody in France for allegedly vandalizing what is described as a “pro-Palestinian” bookstore owned by Olivia and Nicolas Zamour. A rally in support of the store and its owners took place in which hundreds took part to condemn the attack, calling on French authorities to ban the JDL, calling it a fascist organization.

The head of the CRIF French Jewish community organization, Meir Habib, was quoted by Ynet as condemning the attack as well. Habib was quoted as saying that “We live in a democratic country…in which anyone can express their opinion”, making a point of distancing himself from the JDL and the violent attack.

The Zamours are reportedly active in the Islamic and pro-PA community, calling on the French government, which is a major supplier of military weaponry to Israel, to understand the responsibility associated with the sale of arms t the Jewish State.