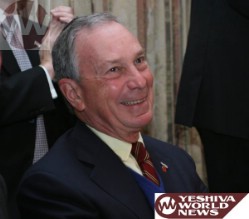 Mayor Michael Bloomberg’s big inauguration ceremony may not be until tomorrow, but at noon he will officially start his third term after signing the oath of office in front of the city clerk.

Preparations are underway for tomorrow for what’s being described as a toned-down version of Bloomberg’s previous inaugurations, reflecting the down economy.

Sources say the mayor’s speech will touch on crime, innovation and commitment to the city.

City Comptroller-elect John Liu and Public Advocate-elect Bill de Blasio will also make their official debut in citywide roles that will likely be a platform for a run for higher office.