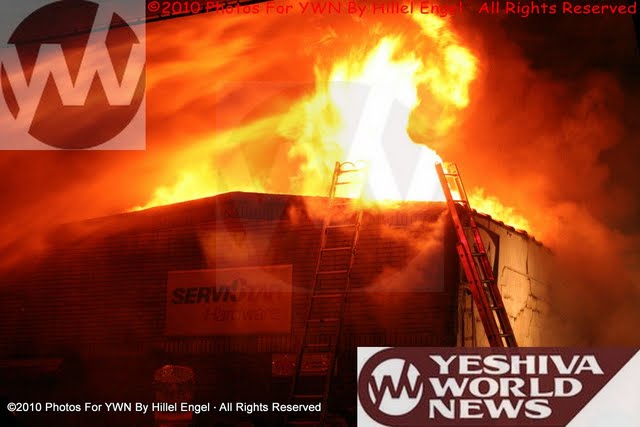 The FDNY was dispatched to reports of a fire in a  hardware store on McDonald Avenue just off of Kings Highway at approximately 1:00AM. Upon their arrival, they immediately called for a second alarm to be transmitted due to fire showing from the structure, and just minutes later, all FDNY personnel were ordered removed from building due to heavy fire conditions.

One major complication the FDNY had was being unable to spray water from on top of the fire building via tower-ladders due to the elevated train platform on McDonald Avenue. This prevented the FDNY from raising ladder’s in front of the building. They did manage to raise one on McDonald Avenue in an adjacent empty lot next to the hardware store, and another on Kings Highway (where there is no elevated train platform train).

The inferno spread through the hardware store and into an attached grocery store, and showed no signs of letting up for more than three hours. All train traffic on McDonald Avenue was brought to a halt due to the thick smoke and the flames reaching just about the height of the train tracks.

Flammable liquids in the hardware store seemed to assist the fire in growing stronger, and the high-winds were of no help to firefighters as they sprayed water from all directions of the blazing inferno.

There was no one injured in the blaze.

The video & photos (taken by Hillel Engel & Shimon Gifter for YWN) speak for themselves.