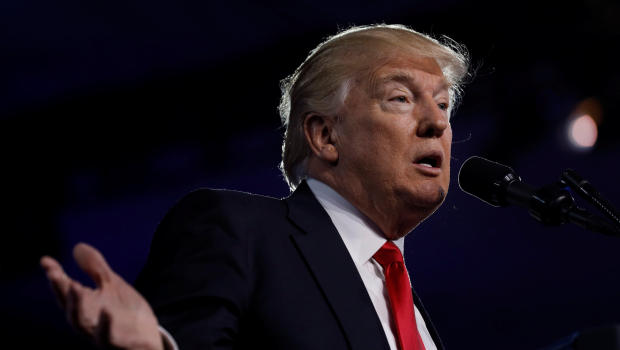 Assemblyman Dov Hikind (D-Brooklyn) says that blaming President Donald Trump for the rise in anti-Semitic incidents is devious and politically misleading. Hikind asserted that crimes against Jews are a direct result of the negative attitude towards Israel—an attitude that has been embraced by too many members of the Democratic party and their leadership.

“Where are the liberal leaders when Jewish cemeteries are desecrated and campuses are painted with swastikas and racial slurs?” asked Hikind. “How are the leaders of the Democrats communicating with and reigning in their followers when these crimes are committed? It’s simple. They’re not. Instead they’ve found an easy answer: Blame Trump.

“Should the President of the United States do more to stop these crimes? Absolutely. But to blame all of these anti-Semitic incidents on the Trump presidency is absurd. Anti-Semitic crimes were up 9% from 2014 to 2015. Does former President Obama fully own that?

“Suggesting someone as openly anti-Israel as Keith Ellison for the key leadership role in the Democratic Party speaks volumes about what some party leaders consider acceptable. Praising someone as vile as Linda Sarsour—a woman who spoke out in support of an Islamic Jihadist known for recruiting suicide bombers—is a chilling statement on where the Democratic Party has gone.”

Pointing to numerous incidents of swastikas, cemetery desecrations, hate mail and other examples of hate crimes against Jews and Jewish institutions throughout the United States and abroad, Hikind—known for his outspokenness against such crimes—says that the majority of these incidents may be coming from the Left. It was only a week ago that a Texas preschool employee—by no means a Trump supporter—was caught Tweeting hateful messages about killing Jews.

“There’s no question that incidents of anti-Semitism have tremendously increased,” said Hikind. “The real question is who are the people behind these crimes. We know for a fact that in Europe, it’s coming from the Left. We know for a fact that the Obama administration promoted an anti-Israel bias throughout the world. But anti-Israel sentiments have been used as the last half-century’s excuse to spew anti-Jewish rhetoric. Saying that you’re anti-Israel yet support the Jewish people is just a tactic that Jew haters have adopted.”

Assemblyman Hikind noted that rising incidents of anti-Semitism are a national issue. “We can’t count the number of swastikas anymore—there’s too many,” said Hikind, noting that the loathsome Nazi symbol has been scrawled recently on campuses and in communities from California to New York, from Oregon to Mississippi. “But who are the people scrawling these swastikas? Who are the people desecrating cemeteries? At Northwestern University, it was anti-Trump students who were caught spray-painting a swastika and racial slurs. At the State University of New York, it was an anti-Trump message and swastika sprayed in a dorm. At the University of Vermont, a Trump campaign sign was found spray-painted with a swastika near the campus Hillel, and at the University of New Mexico, Nazi-themed graffiti was found denouncing the President.

“These are not isolated incidents,” Hikind continued. “At universities, where anti-Israel rhetoric is regularly espoused by far-Left professors who embrace and promote the BDS movement, that is where you find the highest rate of anti-Semitic hate crimes. Drawing a parallel to those activities is more intellectually honest than blaming the rise of anti-Semitism on President Trump, who has condemned hate crimes against Jews and made it clear that the Obama administration’s eight-year cold war against the State of Israel has finally come to an end.”