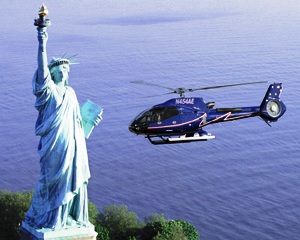 There will also be no more tours over Central Park, the Empire State Building or Brooklyn.

Sightseeing flights will now follow one of two routes designed to cut down noise in Brooklyn Bridge Park and keep choppers flying higher over the Hudson River.

The plan would also streamline the process of calling 311 to complain about helicopter noise so that the Development Corporation can track the calls.

Complaints about helicopter noise have intensified since April 1st, when the heliport on West 30th Street closed, bringing more traffic to the Downtown Manhattan Heliport.