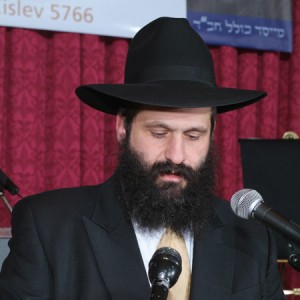 The following article is from WHOTV, and is headlined “KICKED OUT: Rubashkin not welcome in Black Hawk County Jail”:

WATERLOO, Ia. – A jury is seated in the trial of former Agriprocessors executive Shalom Rubashkin, but his trip to and from the courthouse will be a long one.

Rubashkin, who was convicted of federal fraud charges and now faces misdemeanor child labor charges, was originally going to stay at the Black Hawk County Jail because it was so close to the courthouse, but his demands proved to be too excessive, so he will instead stay at the Linn County facility in Cedar Rapids.

Black Hawk County Sheriff Tony Thompson says he spent weeks preparing for Rubashkin’s stay. Rubashkin, who is a Hasidic Jew, has certain religious dietary requirements which Thompson says he met. “We certainly did our homework and asked our food vendor to do their homework,” Sheriff Thompson says, “They’re headquartered in Minneapolis, so they got in touch with a synagogue out there and discussed specifically about Hasidic Judaism and what their needs and requirements would be.”

But Thompson says that wasn’t good enough for Rubashkin. “And he looked very blandly at us and said ‘I’ll not eat what you prepared. I will tell you what I am going to eat.’ So right off the bat we knew we had a bit of an issue with him,” the sheriff says.

The demands didn’t stop there, the sheriff says. Rubashkin had to be carried everywhere he went because he refused to walk without his sacred undergarments. Thompson eventually let him have those, but refused to allow a chest full of robes and leather straps that were potentially dangerous.

“For me to kowtow to one inmate’s, uh, I hate to call them needs. I think I’m gonna call them wants. For me to kowtow to an inmates wants when that inmates needs were planned for; they were prepared for, they certainly could have been met, we just weren’t willing or ready to travel down that road.”

Rubashkin is expected to face 25 years to life when he’s sentenced on the federal charges on May 28th.