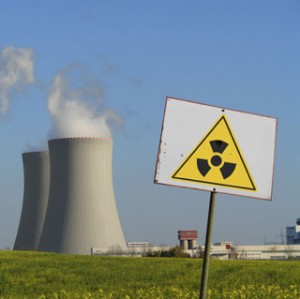 UPDATE FROM FOX NEWS 9:55AM EST: One person died and another was seriously injured in an explosion Monday in a site that treats nuclear waste in southern France, the country’s nuclear safety body said, adding that no radioactive leaks have been detected.

The Nuclear Safety Authority said three other people suffered lesser injuries in the blast at an oven in the Centraco nuclear site.

The Centraco site is located next to another nuclear site, Marcoule, located in Languedoc-Roussillon, in southern France, near the Mediterranean Sea.

“According to initial information, the explosion happened in an oven used to melt radioactive metallic waste of little and very little radioactivity,” the agency said in a statement.

Officials from France’s EDF power company, whose subsidiary operates Centraco, stressed that there was no nuclear reactor on the site and that no waste treated at the site of the explosion came from a reactor.

Spokeswoman Carole Trivi said a fire broke out after the explosion, but it has since been brought under control.

The cause of the blast was not immediately known, and an investigation has been opened, Trivi said.

A news report posted on the website of the local Midi Libre newspaper said no quarantine or evacuation measures had been immediately undertaken.

FIRST REPORT BY NEWSCORE 8:25AM EST: An explosion was reported at the Marcoule nuclear plant in southern France on Monday, with a risk of a radioactive leak, emergency officials said.

One person was killed and three people were injured, including one seriously, local newspaper the Midi Libre reported.

The accident happened at a processing center for nuclear waste, the report said.