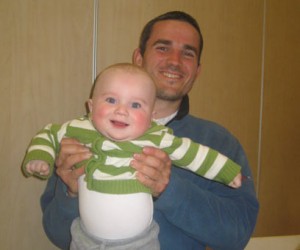 MK Uri Ariel on Tuesday (28 Elul) visited the home of the Pamer family in Kiryat Arba to make a shiva visit. He spoke with family members of Asher and Yonatan HY”D, victims of the erev Shabbos rock-throwing attack in the area.

The aveilim spoke of the deteriorating security situation, the increase in rock-throwing attacks in their area, especially the new method, the drive-by attacks in which a large rock is hurled from a passing car traveling in the opposite direction. The opposing force significantly increases the impact and in Friday’s case, it claimed two lives. A brother of the niftar, Shmuel, told the MK that that attack should be a warning sign, compelling immediate action. He called on the IDF to prevent the next attack.

Ariel explained that from his perspective, the government and IDF must come down hard to halt this alarming trend, even closing roads to Arab motorists if left with no alternative. “This way they will get the message” he explained, adding “they cannot simply do as they please with impunity’.

Ariel assured the family he was involved and doing his utmost to have them declared a bereaved family of terrorism, which is most significant regarding government assistance and benefits that would not otherwise be forthcoming if the deaths were simply the result of a vehicular accident.