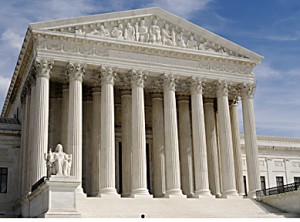 Today, the Union of Orthodox Jewish Congregations of America – the nation’s largest Orthodox Jewish umbrella organization – applauded a ruling issued by a unanimous U.S. Supreme Court finding that a church school cannot be sued in secular court over the dismissal of a religious teacher.

Courts normally have ruled the First Amendment’s guarantee of freedom of religion shields churches and their operations from the reach of anti-discrimination laws when dealing with employees of religious institutions.

But the federal Equal Employment Opportunity Commission sued the Hosanna-Tabor Evangelical Lutheran Church and School of Redford, Mich., on Cheryl Perich’s behalf after she was fired. Perich, a teacher, had complained of discrimination under the Americans With Disabilities Act. The appeals court allowed the lawsuit to move forward, saying Perich’s work was more secular than religious. The high court disagreed.

In the unanimous decision authored by Chief Justice John Roberts, the Supreme Court said: “the freedom to select the clergy…is part of the free exercise of religion protected by the First Amendment against government interference.” “According the state the power to determine which individuals will minister to the faithful also violates the Establishment Clause, which prohibits government involvement in such ecclesiastical decisions.” Moreover, the Court found “untenable” the position advocated by the EEOC – that there was no need for a “special rule…grounded in the Religion Clauses themselves” governing the employment decisions related to clergy, and the Court applied that rule to cases such as this, where the dismissed employee not only had the title of “minister” but whose functions including teaching religious classes.

The Orthodox Union participated in this important case by joining a “friend of the court” brief submitted on behalf of the Union together with the U.S. Conference of Catholic Bishops, the Mormon Church and the Presiding Bishop of the Episcopal Church. The court brief was principally drafted by Mr. Kevin Baine of the Williams and Connolly law firm.

Nathan Diament, the Orthodox Union’s director of public policy, issued the following statement in connection with the filing with the court: “In its unanimous ruling today, the Supreme Court upheld fundamental principles of religious freedom in the United States. The Court ensured that religious communities may form houses of worship, parochial schools and other institutions whose missions are to be places of worship, learning and service for a faith community and that such institutions are constitutionally protected from interference by the secular state. We applaud the Court for its decision and we express our appreciation for the blessing of living in the United States of America where Jews, and people of all faiths, can enjoy such expansive freedom of religion.”